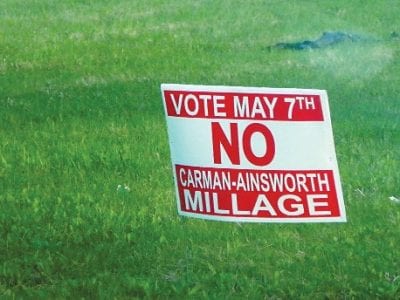 C-A voters renew millages but say no to new tax

FLINT TWP. — Voters in the Carman- Ainsworth school district said yes to two tenyear millage renewals but no to a new school tax in Tuesday’s election. Voters were asked to renew 18 mills tax on Non-Homestead Property and a half-mill levy for the district’s Building & Site Sinking Fund which is used for maintenance and improvement. They also were […]