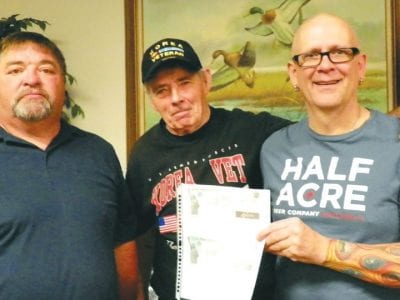 Answer to his prayers

FLINT TWP. — As a young man, Fred Feltner served his country in the Korean War from 1951 to 1952. As an old man, Feltner, now 79, recently found himself embroiled in a domestic battle that cost him his home and much more. Feltner was only two days away from eviction from his Grand Blanc Township home of nearly 12 […]


FLINT — Albie Sachs, an internationally recognized rights activist and co-author of South Africa’s Constitution, will speak on “Nelson Mandela as a Leader, Comrade, and Friend” at a June 4 public event in Flint. Sachs will speak at 6 p.m. in the Michigan Rooms of the Harding Mott University Center on the University of Michigan- Flint campus. Seating will open […]