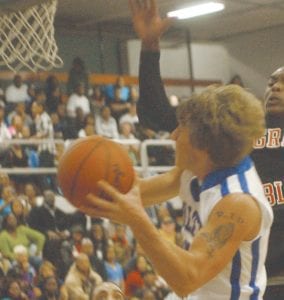 Some area teams could find themselves in a different classification next fall.

AREAWIDE — Classifications for Michigan High School Athletic Association elections and post-season tournaments in traditionally classified sports (A, B, C, D) for the 2011-12 school year have been announced, as well as the enrollment breaks for postseason tournaments set up by divisions.

Classifications for the upcoming school year are based on a second semester count date, which for MHSAA purposes was February 9. The enrollment figure submitted for athletic classification purposes may be different from the count submitted for school aid purposes, as it does not include students ineligible for athletic competition because they reached their 19th birthday prior to September 1 of the current school year and will not include alternative education students if none are allowed athletic eligibility by the local school district.

After all the counts are submitted, the 760 tournament-qualified member schools were ranked according to enrollment, and then split as closely into quarters as possible. For 2011-12, there are 189 schools in Class A; 190 schools in Classes B and D; and 191 schools in Class C.

Effective with the 2011-12 school year, schools with 952 or more students are in Class A in MHSAA postseason tournament competition. The enrollment limits for Class B are 466 to 951; Class C is 216 to 465; and schools with enrollments of 215 and under are Class D. The breaks decreased 15 students between Classes A and B, and 2 students between and Classes B and C; and Classes C and D.

The new classification breaks will see 14 schools move up in class for 2011-12, while 23 schools will move down.

Schools were recently notified of their classification. MHSAA Executive Director John E. “Jack” Roberts said that schools may not subsequently lower their enrollment figure. However, if revised enrollment figures should be higher and indicate that a school should be playing in a higher class, that school would be moved up.

Schools have the option to play at any higher classification for a minimum of two years, but must exercise the option by April 15 for fall sports, August 15 for winter sports, and October 15 for spring sports.

The divisions and qualifiers for the MHSAA football playoffs will be announced on Selection Sunday, Oct. 23, 2011.

A complete list of school enrollments used to determine classifications for the 2011-12 school year can be found on Enrollment & Classification page of the MHSAA web site at www.mhsaa.com/Schools/Adm inistrators/EnrollmentClassification.as px.

Here is a complete list of the schools changing classification for 2011-12. Note: This list does not include schools opting up in class/division for tournaments, which can be found on the Administrators page of the MHSAA Website

Moving Up From Class B To Class A

Moving Down From Class A To Class B

Moving Up From Class C To Class B

Moving Down From Class B To Class C

Moving Up From Class D To Class C

(Number of schools in parenthesis)