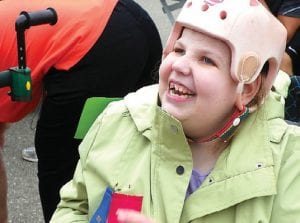 “I won,” squealed Traci Manser, competing in games for the developmentally disabled, with a radiant look on her face is what the Special Olympics is all about.

Traci’s triumphant joy is what the games are all about. There were plenty of smiles, high fives and warm feelings to go around as 516 area athletes came together at Carman-Ainsworth Middle School to compete in nine events.

The day ran smoothly except that a group of volunteers from Fenton got delayed by a traffic jam and heavy rains earlier in the week left the playing fields a bit soggy, said Jerry Daunt, Area 13 director.

Sponsored by the West Flint Optimist Club, Flint Area Realtors (Realtors Who Care) and HealthPlus of Michigan, this annual event is the highlight of the season for many. 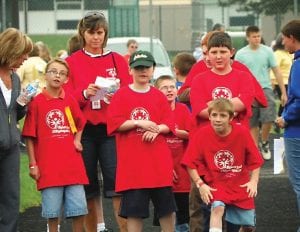 The softball throw drew the most competitors with 292 signed up followed by 211 signed up for the 50-meter run. The athletes were divided up and competed in age groups.

As the day progressed, many of the athletes who competed in more than one event sported multiple ribbons pinned to their chests.

“Good job,’’ was an often-repeated phrase during the day. 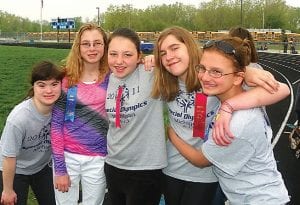 Special Olympics Michigan is one of the largest programs in the United States with more than 18,000 athletes participating from all 83 counties. Area 13 encompasses Genesee and Lapeer counties. 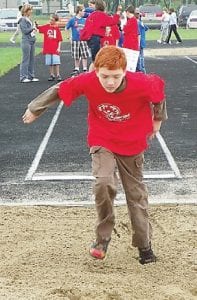 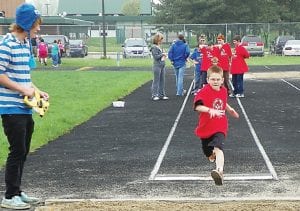 This runner took part in the Special Olympics hled May 20 at Carman- Ainsworth Middle School. 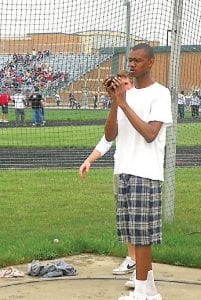