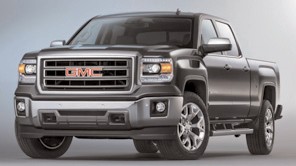 Today’s truck buyer wants it all, and GM says its engineers and designers have delivered with the 2014 Sierra 1500 V8- powered full-size pickup, which, according to GM, has the best fuel economy and capability among truck competitors when equipped with the new 5.3-liter EcoTec3 V8.

The new EcoTec3 V8 achieves an EPAestimated fuel economy rating of 16 mpg city and 23 mpg highway in two-wheel-drive mode, and 16/22 with four-wheel drive.

“All of the Big 3 companies are after the same truck customer,” he said. “The customer wants a universal tool, one that does it all – haul, tow, get to the work site and also to the country club, yet deliver the best fuel economy in all situations.”

The EcoTec3 family of engines uses cylinder deactivation, where the engine can go from V8 to V4 operation, depending on the truck’s load.

The 2014 Sierra is expected to arrive in dealer showrooms in late June.