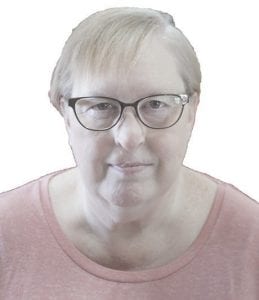 The new year already looked to be jam-packed with presidential campaigning, debates, a primary and presidential election. Now we’ll be packing a few more things into 2020.

Just after Thanksgiving, our oldest daughter’s boyfriend, Kevin, called and asked her dad and I to meet him at a pub for a drink. When he told me Kassie wasn’t with him, I told Rik, “This is it. He’s going to ask to marry her.” Mother’s tuition is always right, and he even showed us a picture of the engagement ring.

When I asked when the proposal was going to happen, he said it would be during our family celebration on Christmas Eve. That meant having to keep it a secret for three and a half weeks!

He had a great cover story all planned. He used his Christmas bonus from his law firm to buy an air hockey table, which convinced Kassie there would be no engagement ring under the tree. She even called me from his office one day to say the table was being delivered. With a little sarcasm in her voice, she said, “Well, it’s his Christmas bonus. He can spend it any way he wants.” He gleefully texted me after she left, saying that the air hockey table was the best camouflage ever.

On Christmas Eve she found the ring box packed into a box of new pajamas. It took her a couple of minutes to realize what was going on, but when her sisters started shrieking at the sight of the ring, she got up to speed right away. It was very special to all of us that Kevin wanted to share that moment with her entire family. They’ve decided to get married in November, so we now have a whirlwind 10 months to plan this wedding. Hoping the outcome of the presidential election doesn’t dampen the mood!

But before we get to the wedding, one other little thing is coming to us for 2020. Our second daughter, Meaghan, just announced she is having her second baby in June. Her daughter, Sofia, just turned 1 on Tuesday, and started walking last week. Have fun with that, kiddo!

This time, Meaghan told each of us separately. Kassie was the first to know, then me. Her sisters and brother each came after that, and we all told her the same thing – Don’t tell Dad until after you start your college classes! Another secret we had to keep for a couple of weeks.

For the first baby, Meaghan told us all at once during a big family Sunday breakfast. We all screamed and jumped up to hug her. All except Rik. He sulked for a few weeks because it meant Meaghan would be putting off returning to college. Now he adores our little Sofia, and once Meaghan assured him that she is starting classes next week, he came on very sagely with, “I think it’s a good idea to have the babies close together.” Thanks for your approval, Dad!

So now that we have a wedding and a new baby to plan for, in addition to arguing politics and getting to the polls, our 2020 has plenty of excitement ahead. Let’s just keep it at that!

Jalene Jameson is a staff writer for the View Newspapers. Contact her at jjameson@mihomepaper.com.