37-year drought is over! 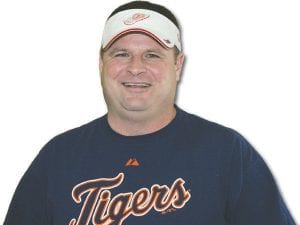 The drought is finally over in the horse racing industry! Yes, we have a Triple Crown winner in American Pharoah.

This horse won the Belmont on Saturday in runaway style by 5-1/2 lengths and it could have been by many more.

Jockey Victor Espinoza could have buried the rest of the field by more than 10 lengths if he had wanted to!

Presque Isle Race Track was the place I was watching the race from and there was a good crowd looking for history to witness. When it was clearly evident that American Pharoah was going to win the coveted Triple Crown, the place erupted into high fives and hugs.

The joy on all of the horse racing fans faces was worth the price of admission. There had been so many failed attempts by previous horses you had to wonder if this would be another one of those times.

American Pharoah would not let that happen.

American Pharoah ran the fastest time since Secretariat in 1973. Impressive, I say! He proved what a tremendous horse he really is and horse racing received the shot in the arm it needed for the racing industry as a whole.

It is really hard to believe Affirmed in 1978 was the last Triple Crown winner!

Let’s hope we do not go another 37 years before the next Triple Crown winner.

The owner plans to still race American Pharoah which is good, because I was worried he might retire the horse and stand him as a stud. I really want to see him run this fall in the Breeders Cup.

American Pharoah, thanks for ending the long drought and being the monster of a horse you are on the race track.

I also hope all of you gamblers took my advice on the Derby, Preakness and Belmont I was three-for-three in picking winners. I also am on a sixfor six streak dating back to last year’s three races.

The crystal cheeseball has been red hot! I hope it stays on fire come football season.

The Cleveland Cavaliers are up 2-1 in the NBA Finals. They went out to Oracle Arena, home of the Golden State Warriors, and split the first two games. And won game 3 at home. Let’s be brutally honest here, Cleveland should have won both games out on the coast and be up 3-0.

The Cavaliers did lose Kyrie Irving for the series with a broken knee cap. I think that will be a very tough loss for the Cavaliers to overcome and win the seven-game series.

The King, LeBron James, will have to put this Cleveland basketball team on his back and carry it to a title. I will say, though, that if anyone can do it, LeBron James can.

I am still sticking to my Warriors pick in seven games. It has been a very entertaining series to watch so far!

The Chicago Blackhawks went to the Sunshine state and got the split, but gave back the series by losing game 3 on home ice.

The United Center is normally one tough place to play when that building gets rocking!

I have been there for Blackhawks and Red Wings games and I can tell you from first-hand experience how loud that place gets.

This series looks like it could also go to seven games.

JV on the right track

The Tigers announced Justin Verlander will start on Saturday against the Cleveland Indians.

JV’s last rehab start went pretty well. The Detroit Tigers just don’t want to rush him back if he is not ready.

I think that it’s basically up to Verlander and how his arm feels. Detroit needs him but they will be very careful with that arm for a while!

Stay tuned, and, JV, the Tigs and fans need you back! thefatguy@mihomepaper.com