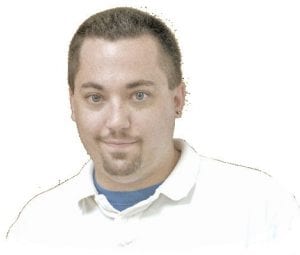 Editor’s note: The Fat Guy is on vacation this week. View Sports Reporter Brandon Pope is filling in for him this week with his own take on Sunday’s Super Bowl.

F or the first time in half a century, the Kansas City

Chiefs are Super Bowl champions. It was also the first time in the span that the Chiefs even reached the Super Bowl, a surprise considering they were in two of the first four Super Bowls.

Anyway, this game did not turn out quite as I expected, but how many games really do?

Going into it, many were expecting a high-powered offensive shootout, and in some ways it was. But I don’t think anyone expected the San Francisco 49ers to hold the Chiefs to just 10 points with under seven minutes remaining in the fourth quarter.

All of the sudden, Kansas City quarterback Patrick Mahomes’ somewhat lackluster day turned into a performance that earned him the Super Bowl MVP award. Two touchdown passes in the final 6:13, as well as a 38-yard touchdown run by Damien Williams, sealed it up for the Chiefs.

Even though his completions were down in the first half, Mahomes made plenty of plays that definitely justified him being selected as the MVP. There was tremendous pressure from the 49ers’ talented defensive line all night.

The fact that he could overcome that to be the youngest Super Bowl MVP, along with the youngest to win league MVP a year ago, shows me that this kid is going to be a delight to watch for years to come. He also broke the Madden curse.

Mahomes’ ability to escape the pocket really kept the Chiefs in the game, and when he had no options through the air, he made some great runs to pick up a first down. But what really surprised me was his willingness to take a hit.

Most quarterbacks wouldn’t take those kinds of shots, and I don’t blame them. Football hurts, and they’re the most important players in the franchise. But Mahomes didn’t care. He wanted that title, and a couple of those hits were pretty vicious.

He didn’t do it without help, though. The Chiefs’ defense came up with some key stops, including the interception on the final drive, but who really impressed me was Williams. When San Francisco’s pass rush limited Mahomes’ options, Williams really stepped up and made his own case for MVP.

Then, once Mahomes figured out how to buy himself a little time in the pocket, we saw a trio of others step up as well. Tyreek Hill, Sammy Watkins and Travis Kelce all had strong games catching the ball, especially in the last few possessions.

Their play-making ability really played into the Chiefs’ ability to complete the comeback and put a final stamp on the game.

With 10 minutes left in the game, I thought they may have been cooked. I was hoping Kansas City would win, but at that point it just seemed highly unlikely. Especially the way the Chiefs’ offense struggled to put up the points it normally does. But they’ve overcome a lot in the postseason.

As usual in sports, expect the unexpected.