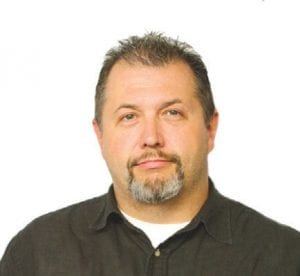 Every generation seems to have that moment in time they remember exactly where they were and what they were doing when they heard some astonishing news.

I remember that morning well. I was the night editor for a suburban Detroit daily newspaper and I was sleeping in that morning, one of my daughter’s off-days from preschool. I was awakened by a phone call from my mother who called around 9 a.m. and just by her voice I knew immediately something was wrong.

“Are you watching TV?” she asked, her voice a little shaky.

“No,” I replied, rubbing the sleep from my eyes. “I was sleeping in. What’s wrong?”

“A plane just crashed into the World Trade Center,” she replied.

I sat up straight in bed. “What kind of plane?”

“That can’t be an accident,” I told her as I jumped out of bed and ran to turn on television. A pilot just doesn’t accidentally fly into a building like the Trade Center in broad day light, it had to be an act of terrorism.

I turned on the TV and started watching. It was obvious right away that both buildings had been hit. While on the phone with me, mom had missed the impact of the second plane.

Watching it together while on the phone, she too realized this was no

mistake. It was a difficult realization to make that the country was under attack. I never thought in my lifetime there would be such an attack on U.S. soil.

I was wrong. And the rest of the country, just like me, was rudely awakened at that moment. As I watched the flood of images and information about the attacks, my daughter woke up and she too was caught up in watching the events. Unable to understand what was happening, I decided it would be good to

Park in Davison so she could play on the playscape there.

But no sooner did we arrive and she started to play when we heard the other parents at the park all discussing one thing — the attacks. It was everywhere.

Later that day I went into work and when I arrived at the newspaper in Pontiac I heard the presses running — something they never did that time of day. We were publishing a special edition that was going to be handed out at street corners around the county. As I sat down in a staff meeting and we reviewed headlines from across the country, I realized then our lives would change forever after that day.

Certainly life has changed. We are stronger for what happened that day, but I think we were proven to be vulnerable. As I look back on those unforgettable events eight years ago, I hope we as a country do not let our guard down again so those moments never have to be repeated.

I hope we never forget what happened that day, because the moment we start thinking we’re safe again we could open ourselves for history to repeat.