A failed or late New Year’s resolution better than none 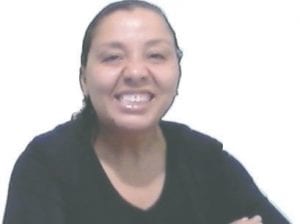 Speaking of New Year’s resolutions, how’s everybody doing on theirs?

I know they can be difficult. I failed miserably on my resolution to give up white chocolate.

My mom started exercising this year. I wonder how long she will last?

Sometimes, I visualize myself sharing a yoga class with my sister, but with the cold weather I find a good movie with my dog and a mug of white hot chocolate to be more satisfying, even though I made a resolution.

In past years, I have been more successful.

On New Year’s Eve 2006, at her apartment near campus, a friend and fellow Wayne State journalism major and I wrote our New Year’s resolutions together. She still has both our lists of 2007 goals in her home office in North Carolina. Many of the ambitions we had were realized that year.

I finally got the bachelor’s degree I fought long and hard for that December.

I aspired to write at least one article a week for the college newspaper, called the South End. Now that I am writing an average of six articles a week in my current job, I am living that dream.

It is not surprisingly we accomplished many of the objectives we set. Psychologists say you are much more likely to achieve your goals if you share them with others.

Research has shown that about half of all adults make New Year’s resolutions. However, fewer than 10 percent keep them for more than a few months. In fact, most people abandon their resolutions by the end of the year’s first week. Research shows only 8 percent of people reach their New Year’s goals.

Don’t lose hope if you, like me this year, have attempted New Year’s resolutions and failed. I propose the first day of spring will be a much better time to set New Year’s goals.

First, I realize I did not have the advantage of writing goals with a partner in 2017.

Also, millions of Americans are affected by seasonal affective disorder, or the winter blues, each year. Even those who don’t experience depression in the winter, often find they are more cheerful and motivated in the warmer months.

Mostly, I believe my goal to give up white chocolate was too big a goal. Being realistic has been a key ingredient in many people’s goal reaching success. So, I’m thinking of setting some very simple goals.

I plan to watch more television, not less, in order to give my usually busy mind a chance to “veg out.”

I plan to treat my dog to a massage every other day.

Also, I plan to start wearing lipstick daily, which I did in my teens and twenties unapologetically, but have since given up.

So, whether you never set a resolution for 2017 or you set one and weren’t able to conquer it, I invite you to join me on or around March 20 to set New Year’s resolutions. After all, late resolutions sometimes make the best ones! tterry@mihomepaper.com