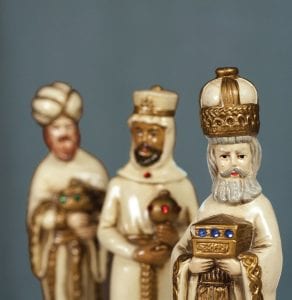 Although many people are ready to take down their trees and pack away their holiday decorations once December 25 has come and gone, millions of people wait to remove such decorations until the Epiphany, which occurs on January 6 each year.

The Epiphany, also referred to as Three Kings’ Day, celebrates the day the Three Magi visited the baby Jesus and presented Him with gifts of gold, frankincense and myrrh. Although any Christian can celebrate the Epiphany, the holiday is most embraced by the Hispanic community in the United States and in Spanishspeaking countries. In Latin America, for example, many children receive gifts on Three Kings’ Day, rather than Christmas.

Certain traditions are essential to Three Kings’ Day. In the week preceding, children may write letters requesting gifts they would like, especially if they have behaved well over the last 12 months. Children also are urged to share how they intend to improve their behavior or practice good deeds to others in the upcoming year. Figurines of the three wise men are placed in nativity scenes on January 5, and children may leave out grass or other food to feed the animals of the magi, particularly the camels.

Those visiting another person’s home on Three Kings’ Day may want to bring the gift of a “King’s Ring,” also known as a Rosca de Reyes. This is a sweet bread shaped like a wreath that is adorned with candied fruit. A figurine of baby Jesus may be baked inside. Tradition states the person who finds the figurine is expected to host a party on Candlemas on February 2.