A good weekend of football for MSU and U of M 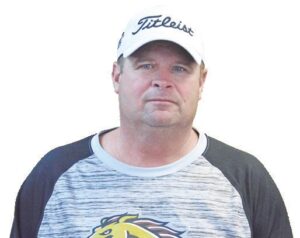 The Michigan Wolverines finally broke through and got a victory over their hated rival from Ohio. The Wolverines took down the Buckeyes 42-27 in a game the Wolverines totally dominated all afternoon long.

The “Big Uglies,” as the late Keith Jackson used to say, dominated in the trenches on the offensive side of the ball. The defensive line also dominated their side of the football holding the Bucs to 64 yards rushing.

The win was much needed for coach Jimmy Harbaugh, as he had lost every single game to the hated rival since becoming coach at Michigan. The Michigan fan base was getting really impatient losing every year to the “Yuckeyes!” 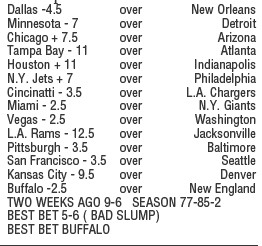 I feel as though all of Michigan will have to avoid a letdown against Iowa and not take them for granted. The Iowa Hawkeyes are tough defensively and pretty weak offensively and Michigan should handle them in this football game. The stakes are high for the Wolverines, and I think they will prevail. The kickoff is set for 8 p.m. Saturday night. The Fat Guy prediction: Playoffs Maize and Blue 23 and Black and Gold 13.

The Michigan State Spartans closed out their season with a nice win over Penn State 30-27. The game was a great watch with the winter elements of cold and snow all game long. The rushing of Kenneth Walker III was once again spectacular with 138 yards on 30 carries. It’s a shame he had a terrible performance against Ohio State or he might be the Heisman front runner. The Spartans will go to a super nice bowl game and should play a great opponent. The job Mel Tucker did was outstanding as nobody saw a 10-2 season for MSU in 2021.

The college coaching carousel in college football is a frenzy right now. The stunner of Lincoln Riley leaving Oklahoma and heading to the USC Trojans, I did not see that one coming. I think the move caught the Oklahoma Sooner program off guard for sure. The success Riley had at Oklahoma is what makes the move stunning to me.

The huge stunner is Brian Kelly leaving Notre Dame for LSU. I mean, Kelly won 113 games at Notre Dame, the winningest coach in Notre Dame history. I guess 10 years at $95 million can make you put your house up for sale in South Bend, Indiana.

I will say, these numbers resemble Mel Tucker’s deal at Michigan State. Mel cashed in at MSU because of these high profile openings at USC and LSU as he was supposedly on the wish lists of both schools. The Spartan contract looks spectacular on paper, however, MSU included a cheap buyout at $2.5 million and by 2024 it’s as low as $1 million. I say, a great move by MSU because if things start to trend southbound for the MSU football program they can get out of the bad contract. Let’s be brutally honest, Mel is a one hit wonder so far and time will prove if he is “The Man” at MSU. I like what I see so far, but it’s only been one year of success.

I will get into baseball free agency next week.

NFL picks are back…