The Whiting may play host to many spirits 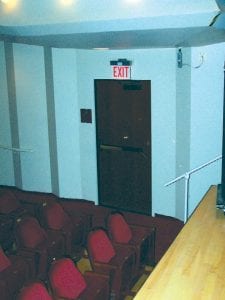 The Whiting, built in 1967, is said to be haunted by ghosts. Activity at the theater has increased so much in recent years, a group of paranormal investigators looked into the reports three years ago.

FLINT — There’s an old saying “every theater has its ghosts.”

If this is true, it may explain some of the mysterious sounds, voices and apparitions many claim to have seen and heard at The Whiting, 1241 E. Kearsley St.

Wendi Fournier, marketing and media relations manager for The Whiting, said staff, patrons and performers have been having what they think are paranormal experiences at the 45-year old theater for decades now.

“It’s nothing bad,” said Fournier, who is also part of a paranormal investigation group called the Mid-Michigan Paranormal Investigators. “It’s the fear of the unknown. Someone shouts out your name and your curiosity spikes. You want to figure out what it is.”

After more and more staff began having experiences in the theater, Fournier said many were uncomfortable, so she and her group of investigators came to the theater one night after hours in November of 2009. 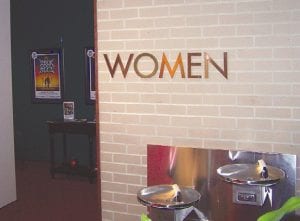 The investigation, she said, was informational.

Her group, she said, always attempts to debunk reported hauntings. But in the case of the Whiting, they found compelling evidence to suggest there is more going on than meets the eye.

The group recorded electronic voice phenomenon (EVP), which appeared to show spirits attempting to communicate with the investigators in the form of disembodied voices only detectable on a digital recorder.

Fournier said there were also voices heard with the human ear, as well as the sighting of at least one apparition.

The suspect ghost of a woman, who is often seen in the theater at at other sites around the Flint Cultural Center, was seen by at least two of the investigators that night. Dressed in clothing from what appears to be the beginning of the 20th century, she was seen wandering the lobby area of the theater.

She said the theater and most of the Cultural Center are built on what used to be the front lawn of the C.S. Mott Estate, more than 100 years ago. 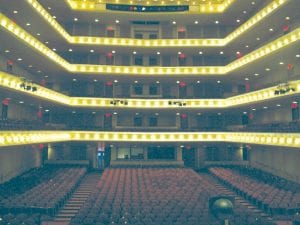 The only known death at the theater is that of a worker who reportedly fell from a scaffolding over what is now the left side of the stage during construction of the theater in 1967.

Whether that is the spirit of the worker in tattered clothing many have reported seeing, Fournier said she doesn’t know. However, there are other ghostly phenomenon which have frightened more than one staff member.

Voices, whistling and sometimes singing, heard from the women’s restroom, have been reported by employees when no one else is present in the theater.

“I’ve had some personal experiences and it’s shaken me up a bit,” said Fournier. “But when you see there’s nothing to fear, that we have the power, that’s all its really about.”