A history lesson at the movies 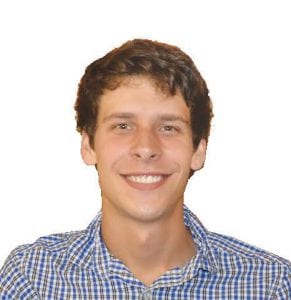 The other night I went to one of my area theaters to check out the new Jay Roach film “Trumbo,” starring Bryan Cranston, Louis CK, John Goodman and Elle Fanning, among others. I had watched the trailer a few months ago and decided not to refresh my memory vis-à-vis a plot description or the travails of Dalton Trumbo’s life. Going in blind is better sometimes.

For those not in the know, Trumbo was a famous screenwriter whose work endures in classics such as “Spartacus,” “Roman Holiday” and “Exodus.” He was also part of the Hollywood Ten, a group of artists who attempted to confront the Motion Picture Alliance for the Preservation of American Ideals – a group committed to sniffing out the Communists in Hollywood and blacklisting them.

Trumbo was one of the many blacklisted, sent to prison and forced to eke out a piecemeal existence ghostwriting for B-movie studios. His later resurgence writing for Stanley Kubrick and Otto Preminger meant he was one of the lucky ones; many, the film states at the end, either died in obscurity or committed suicide.

“Trumbo” is littered with ironic details, both big and small: it is a movie about a subversive made in the safest way possible; a prestige picture that will likely be up for an Oscar; it is a movie about one of the darker chapters in entertainment, and American, history, made by, for and about Hollywood, starring an A-list cast; and – last, but not least – the actors who portray real-life motion picture icons John Wayne and Kirk Douglas are, well, not so good. But all that aside, I found the subject matter and overall message in the film to be timely, rousing and all-too-familiar.

When my friend and I exited the theater, he turned to me and said, “I could see this happening nowadays, unfortunately.”

I could too, I told him, and it more or less is. We may not be putting actors, directors and screenwriters on the chopping block for expressing their political views anymore, but the conditions are right. I look around and see a country looking to flex and project power by whatever means, people painting in broad strokes on issues affecting millions of lives and a country afraid to react with anything more complex than a jerk of the knee.

It’s scary to think these events occurred not so long ago, especially for a young person like myself, and we still use the same methods – angry unified political rhetoric and hyperbole (i.e. mob mentality) at whomever the “enemy” happens to be – while politicians pander to these impulses. The thing is it does not work, has never worked and will never work. It reflects a collective lack of human empathy and understanding.

So, is “Trumbo” a good movie, or merely an “important” one? I would say calling it either is pushing it. But I’m glad it’s out in the here and now, because the relevancy of its message is one that should endure until change occurs.

I hate to use an old platitude, but history does tend to repeat itself. stunningley@mihomepaper.com