A little bit of regret over last week’s Lions prediction 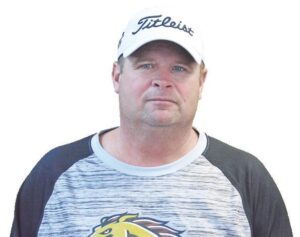 I did not say the Lions would win their first game on Sunday! It was a total dream! I want to say it was a misprint and a delusional thought in my brain, but the truth is, I predicted a Lions victory.

How could I believe the Lions could actually defeat the Cincinnati Bengals at Ford Field? I cannot answer that question to be truthful, but I wrote they would and now I look totally foolish. I could have just written “I will never eat meat and potatoes the rest of my life” and it would have been a better prediction.

The Lions were awful on both sides of the football to the point of embarrassing. The defense could do nothing to stop the Bengals. Period! The offense was a super duper embarrassment. The 34-11 loss to Cincinnati was just painful to watch and the effort put forth by the Lions was inexcusable. I must ask, will they break the 0-16 record and go 0-17 in 2021? I hate to say it, but it’s a strong possibility the Lions go 0-17. To that I say, “ughhhhh.” 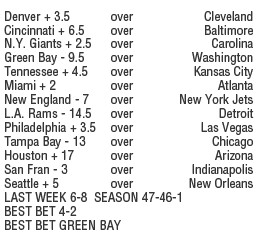 The Lions will head to the “Left Coast” to take on old friend Matt Stafford and the L.A. Rams. I really think Stafford will throw for four touchdowns and route the pitiful Lions next Sunday. The Prediction: Ram A Lambs 45 and “Left Coast” Roasted Lions 14.

The Michigan State Spartans grinded out a tough road win at Indiana 20-15. This game was no thing of beauty by either team, but as the great Al Davis used to say “Just Win Baby.” The Michigan State offense had a paltry 126 yards passing and 106 yards rushing. The Spartan defense played great and Indiana could not do much offensively either. The Indiana quarterback threw the football 50 times and completed 28 for just 188 yards. The Spartans now have a bye week before hosting Michigan on Oct. 30. The Spartans will come into the game 7-0. The question is: Will Michigan come in 7-0?

I would like to think the Wolverines can handle the Northwestern Wildcats at home on Saturday. I hope they win because a 7-0 Michigan State and 7-0 Michigan game would be one awesome frenzy in the State of Michigan. I will caution Michigan, do not get caught looking ahead to MSU and slip up on Saturday to Northwestern. The Prediction: Michigan 24 and Purple Guys 10.

The Red Wings opened up the season with a wild, wild overtime loss to the Tampa Bay Lightning 7-6. The night was all Tyler Bertuzzi for Detroit scoring four goals — a career high — and three of them came in the second period.

I felt bad for Tyler that the Red Wings lost leads of three goals three times in the same game! It’s almost crazy to lose a game like that. It wasted a tremendous night by Mr. Bertuzzi. I am just glad to have hockey back in Hockeytown. The Red Wings are a young team and it should be fun to watch the young kids play hockey.

The NBA opens up this week and the Pistons will open up at home Wednesday night against the Chicago Bulls. I have no idea what to expect from the Pistons this basketball season. I guess I will have to report back later after a few games are played.

The National and American League Pennants will be decided sometime in the next seven days. The Red Sox and Astros in the American League have great offenses. I like the Red Sox in six games to defeat the Astros.

The National League series I still like the Dodgers even though they are down 2-0 to the Atlanta Braves in the series.

The NFL picks are below … I can be reached at thefatguy@mihomepaper.com.