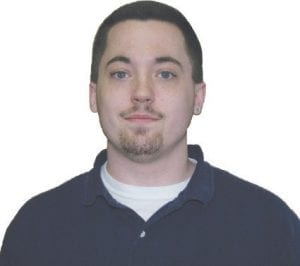 As we have officially made the The sport that I have found to transition to the winter sports be the most confusing is swimming. season, we find ourselves becoming Not only do they have nothing more dependent on help from to indicate personal identification, coaches, parents, athletic directors, but for the most part, they secretaries, etc. Not only do wear nothing that even tells you we need assistance in gathering what school they attend. In shooting information to write articles the Vehicle City Relays at for every sports team at Flint Southwestern Academy our 22 high schools, but we last month, I noticed that of also double as photographers. the several teams present, there were a select few that

When you pursue a field even wore team-colored such as sports journalism, swimsuits. most people—including That makes it quite frustrating, myself—would not especially when expect double duty the school represented as a photographer. in each It can be a difficult lane is not task if you announced prior have no experience to the start of the of the sort. meets, or changes However, it can often as at this be quite a thrill once you get the meet. At the very least, each team hang of things. Sometimes you get should have matching swim caps that oh-so-perfect shot that with school name and colors visible brings a story all together. to the spectators. Some

With that being said, the reason schools are ahead of the curve, we are depending so much on and even put the athlete’s last others is because we have only name on the cap. However, most five sports writers, and as I previously wear a generic black swimsuit mentioned, we cover 22 with a blank cap, or no cap at all high schools. It is a bit of a struggle for the most part. at times, as some coaches can With all of the money that be quite hard to reach during the flows into certain schools in our day and night. We can’t be at area, I am shocked that they have every event, so we appreciate the such plain attire to compete with. help we do get obtaining scores, Not only should every athlete be stats, coaches’ comments, and in school colors, but there should especially athletes’ names when be a number somewhere on the they participate in a sport that uniform—front and back—to help doesn’t have a jersey, like swimming. the spectators and us identify exactly which competitor is

The help that I find myself which. looking for most, however, deals I understand the economy isn’t with my photos. In the winter in the best shape, but it hasn’t sports season, there are several been for a while now. During my sports that make it hard to identify high school days at Flint Central, the athletes in the shots. we had nowhere near the budget Wrestling, for example, is somewhat that the majority of these suburban easier, considering each schools do. For high schools member wears school colors, that purchase customized football although it is still tough to identify jerseys every year, supplying them individually with no jersey matching swim attire should not number. be this difficult.