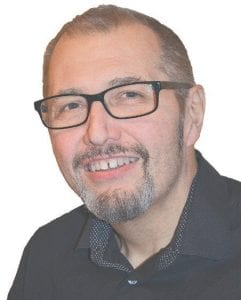 I haven’t written about personalized license plates in a long time. Oh, I’ve been accumulating a list of them, usually generated by friends who keep a lookout for me, but I just haven’t found the time to relay them in the form of a column.

So, it’s time to share my findings for the past several months.

GRSHPPR – “What troubles you, Grasshopper?” I suppose a reference to the 1972 western TV series “Kung Fu” will likely go right over the heads of our younger readers – but I had to use one anyway. The 1972- 75 series showed the main character, Kwai Chang Caine, interacting with his Shaolin master, through flashbacks when he was training in the martial arts. His master called him Grasshopper, so I’m guessing the owner of this personalized plate has an affinity for the old TV show. Either that, or they’re a student of kung fu on some quest for knowledge.

IBWITCH – Well, at least this person is honest. Apparently, they are trying to convey the fact they have a less-than-pleasant disposition and are warning others to keep their distance. Or, they are a practitioner of magic. Either way, the plate tells me enough to stay away from this driver.

NOBUENO – Spanish for “no good.” Some people seem to like to use their personalized plates to send a message to other drivers, so they know this is a person who doesn’t want to be bothered. So, if you’re telling me you’re “no good” then I’ll stay away because it’s “no problemo.”

IML8LOL – This driver seems to say he or she is late, and they think it’s funny. I’m going to go so far as to guess this person is likely late on a regular basis and its sort of become a joke among friends and family.

At least the driver, like IBWITCH and NOBUENO, admits to their shortcomings. Admission is the first step to recovery, they say.

BCNU – Be Seeing You? Someone who likes to go fast. If you see this plate, you’re probably going to get left in the driver’s dust as they speed away. WORDNRD – A Word Nerd? Someone proficient in the English language, probably an expert at the game Scrabble, crossword puzzles and the game show Wheel of Fortune.

HULKGRR – Another person with anger-issues? Perhaps. The Hulk, for those of you who don’t know, is the Marvel comic book character who turns into a big, green creature when he gets angry. Hulk smashes everything that gets in his way so this could be another car you’d want to stay away from – or at least you wouldn’t want to have a road rage moment with them.

Gary Gould is the managing editor of the View Newspapers. Contact him at 810-452-2650 or email at ggould@mihomepaper.com.