A look at the Rocket Mortgage winner and the status of NBA, NFL, MLB 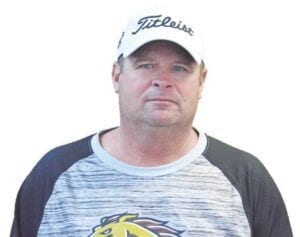 Bryson DeChambeau won the Rocket Mortgage Classic at the Detroit Golf Club. Bryson finished at 23 under par to win by three strokes over Matthew Wolff. Bryson started Sunday three shots behind Wolff to come from behind for the victory. Yes, the Fat Guy can do math, it adds up to a six strokes Bryson gained on Wolff Sunday.

It was only a matter of time before DeChambeau would notch a victory this season. Bryson had finished in the top 10 six straight times this season on the PGA Tour. Bryson is one of the interesting characters on the PGA circuit. He is always tinkering with his golf equipment, using math, science and analytics. Bryson created quite a bit of chatter when he bulked up while golf was taking a break because of COVID-19. He originally bulked up 20 pounds of muscle mass, which is now up to 40 pounds. The strategy has seemed to pay off as he is bombing drives off the tee. At the Charles Schwab Challenge Bryson averaged 340 yards off the tee box. Yes, that is an incredible number! I will enjoy watching Bryson play golf this summer, and I can see him winning a golf major here in 2020.

The NBA is trying to move forward and finish the season. However, this past Sunday the Milwaukee Bucks and Sacramento Kings shut down their practice facilities. The two facilities must have received some sort of positive tests. The Bucks and Kings have joined the Denver Nuggets, Miami Heat, Brooklyn Nets and the L.A. Clippers, who have also shut down their facilities. The NBA guidelines say if a player tests positive for the coronavirus they must be quarantined and test negative two times before they can travel to the Orlando site. The NBA restart is something to keep your eyes on as it unfolds in these unchartered waters.

The NFLPA (National Football League Players Association) is pushing to have zero preseason games this August. The NFL wanted to go from four games down to two games in the preseason. We as football fans know the preseason is as worthless as the fad diets I have attempted.

The majority of NFL players keep themselves in shape year round and do not need preseason football. The first string players hardly even play in the games so it’s a total waste of time. The preseason is a total money grab by the owners to hammer season ticket holders to pay for two worthless home games. I hated paying for those games and am glad I did not renew my tickets for 2020. We as Lions fans see enough worthless football in the regular season for cripe’s sake.

It’s hard to believe but NFL training camps open up in two to three weeks. How can that be? It seems like the summer with no sports is flying by fast. I think summer in general goes by fast the older I get to be truthful. It won’t be long and the Lions will be a topic of conversation again.

The MLB start up seems to be concerning to numerous players due to the coronavirus pandemic. L.A. Dodgers pitcher David Price has decided to opt out of playing baseball this season. A couple more high profile names opting out also include Ryan Zimmerman of the Washington Nationals and Ian Desmond from Colorado. I have a feeling we will see many more names on this list as we get closer to the restart of MLB. I watched a Mike Trout interview and he is concerned, as are many other players who he would not name. I can tell this will be an adventure trying to complete this 60 game baseball schedule. I can totally see baseball being shut down after it gets started. Heck, all of the sports for that matter could be shut down! I hope it doesn’t happen. I can be reached at thefatguy@mihomepaper.com.