A look back at the headlines from 2018 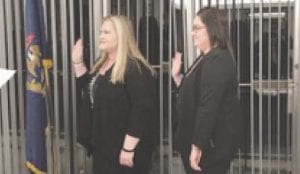 FLINT TWP. — The past year saw the retirement of a police chief, the proposal of a namechange for the community and the announcement of a national restaurant chain planning to open an outlet in the township in 2019.

Here’s a look back at those and other headlines from the Flint Township View in 2018:

Two Carman- Ainsworth robotics teams were among 462 public and non-public districts statewide to receive a competitive FIRST Robotics Grant from the Michigan Department of Education (MDE).

The grants were announced in a Jan. 4 memo from Chief Deputy Superintendent Sheila A. Alles.

Flint Township’s aging sewer system could be close to failure, according to a preliminary Capital Improvement Plan for Sewer and Water presented to the township board by Mike Pifer, president at Kraft Engineering & Surveying, Inc.

Pifer walked the board through preliminary findings and proposed a comprehensive engineering study, at a cost of $40-50,000 to determine the condition of the sewers and to identify problems.

“It is better to be proactive than reactive,” Pifer said. The township sewer system was mainly installed 40 to 50 years ago.

“They don’t last forever,” he said.

The township has about 184 miles of sanitary sewers, 159 miles of water mains and about 1,500 fire hydrants, he said. Overall, it is a good system but needs to be examined, updated or repaired, as needed, Pifer said.

What are the advantages and disadvantages of converting Flint Township into a city and changing its name? At its Feb. 2 meeting, the township’s Suggestion Committee discussed the pros and cons of converting to a city.

After some debate, the group voted to postpone a final vote on the proposed conversion until after hearing more about other options including a name-change only.

About 13 points each were compiled in favor of and against the conversion proposal.

Pros included that cities have more flexibility to issue bonds; more protection from annexation; have better retention of public servants due to higher wages and benefits; have opportunities for revitalization; can employ a city manager and choose to have a weak or strong mayor; and may adopt home rule charter tailored to the needs of the community. Also listed as a pro was that a required name would provide an independent identify for the community.

Cons included that conversion would entail more government; require an extensive legal procedure that can take as long as three years; may cost the township the expense of elections, public hearings etc.; may not address residents’ concerns about lowering insurance rates; incur possible tax increases including an income tax levy; and would allow eminent domain activities (government can take private property for public use.) 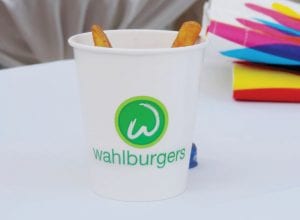 From July, Wahlburgers announces it will be opening in Genesee Valley later in the fall.

Genesee County Prosecutor David Leyton charged a 27-year-old Flint Township man with three counts of first-degree murder in the Feb. 3 killings of three city of Flint residents, according to a press release.

Jeffrey Jamelle Glover is accused of shooting to death Andre Devion Davis, 54, James Edward Fagan, 68 and Sharon Kaye Davis, 77 in their home at 6911 Cranwood Lane in Flint. Sharon Davis was Glover’s grandmother. Andre Davis was Glover’s uncle. He was arraigned in 67th District Court on Feb. 14.

For the second year in a row, Mo’ Peeps, the VEX robotics team at Carman-Ainsworth Middle School, won the state championship and earned the right to compete at the World Championship April 25-28. in Louisville, Kentucky.

MO’ Peeps shared the state championship title with alliance partner, the Steel Pigeons of Cranbrook Schools in Bloomfield Hills. The game is played in alliances teams of two against two.

Of 28 teams competing in the Michigan State Championship on Feb. 25, six earned the right to move on to the World Championship, said Leanne Welch, MO’ Peeps coach. Two of those six Michigan teams are from Carman- Ainsworth. Ainsworth.

The Flint Township commercial district took a double hit from the March 15 announcement that Toys R Us, 3250 S Linden Rd. and Babies R Us, 3274 S. Linden Road were permanently closing. The two big box stores are located one door apart with high visibility, directly across the street from Genesee Valley Center shopping mall, which also lost Sears in 2018.

Carman- Ainsworth FRC (FIRST Robotics Competition®) Team 314 is one step closer to competing for a world championship by qualifying for the Michigan FRC State Championship in April.

The team currently sits in 95th place, out of 508 FRC teams in the state.

Longtime Flint Township police chief, George Sippert, gave his last report to the Board of Trustees in April. After 32 years of service to the township, Sippert, who has served as the chief of police since 2004, will officially retire on May 25.

Flint Township Supervisor Karyn Miller read and presented a framed resolution from the full township board honoring Sippert’s exceptional service, experience and professionalism for his 32-year career with the township.

Lt. Kevin Salter was promoted to Chief of Police effective May 22. He is a 1993 graduate of Ferris State University where he earned his Bachelor of Science degree in Criminal Justice.

Marsha Binelli will be remembered by many for her jovial nature and her love of the Flint Township community. Binelli, former assistant to the township supervisor who later served as treasurer, died May 17 at Covenant- Saginaw of unknown cardiac issues. She was 58.

Flint Township Clerk Kathy Funk said she will remember Binelli as a true professional who set a high mark for professionalism.

“Marsha was a role model as far as her work ethic and how she handled herself professionally,” said Funk. “She also was a role model in how to make the most out of every day we are on Earth. She lived life to the fullest and found joy in all that life had to offer.”

Saying goodbye to their grade school years, 280 Carman-Ainsworth seniors in the Class of 2018 graduated in a commencement ceremony at the Dort Federal Credit Union Event Center. “Rise Up,” by Andra Day is their Class Song and the peony is their Class Flower. Their Class Gift included the creation of a C-A Student Leadership Scholarship.

After years of being a potholed mess, Court Street is now a smooth black ribbon of flat asphalt, thanks to a recent milling and resurfacing project that is drawing rave reviews from both residents and Flint Township officials.

The road work extends the entire length of Court Street -about three and half miles from the Flint City limits to Elms Road. Part of the work from Linden Road to the city limits was budgeted to be done last year but county road crews were too busy to get to it before the construction season ended.

The total project cost of $409,743 will be split 50-50 by the township and road commission, Initially, it was thought that the township would pay for the bulk of the work but a one-time state of Michigan supplement made the 50-50 split possible, potentially freeing up leftover funds for other township road projects.

Last week’s surprise announcement that a Wahlburgers diner will be opening in late fall is not the only big news coming out of Genesee Valley Center shopping mall.

Mall officials are very close to signing a new tenant to fill the anchor space vacated in June when the Burlington store moved to Miller Road. Marketing Manager Cindy Frohriep said they had hoped to be ready to reveal the new tenant during the special event last week when Wahlburgers was announced.

“We are this close,” she said holding her thumb and forefinger about an eighth of an inch apart,

Since the early 2000s, the Flint Township Police Department has invited the public to join it every August for National Night Out.

Hundreds of residents flocked to the FTPD post on 5200 Norko Dr. in Flint to mingle with law enforcement and partake in this year’s festivities, which included police dog demonstrations, a dunk tank and bounce houses for the kids.

As a tribute to the late Fire Chief E. Jack Maxwell, Fire Station 1, 5331 Reuben St., has been rededicated in his name. Maxwell, Flint Township’s first full-time fire chief and Congressman Dan Kildee’s late grandfather, was recognized during a ceremony at the station, Aug. 16.

A plaque was dedicated to the family of Maxwell and his name emblazoned on the exterior wall of the station was revealed to a crowd of family, friends and officials.

Supervisor Karyn Miller and trustees Carol Pfaff- Dahl and Tom Klee were in attendance, along with fire and police personnel, members of Maxwell’’s family and retired Chief Donald Rowley.

The Genesee County Road Commission said construction operations on the Mill Road Bridge over the Flint River in Flint Township were suspended in September due to an ongoing state-wide labor dispute. The Operating Engineers Local 324 and the Michigan Infrastructure & Transportation Association (MITA) are currently in negotiations over bargaining privileges. This lockout effects dozens of projects statewide, including Interstate 69 reconstruction in Flint (MDOT Project, not GCRC). As a result, the Mill Road Bridge construction was suspended until all parties can come to a formal agreement.

The Genesee County Road Commission said construction operations on the Mill Road Bridge over the Flint River in Flint Township were suspended in September due to an ongoing state-wide labor dispute. The Operating Engineers Local 324 and the Michigan Infrastructure & Transportation Association (MITA) are currently in negotiations over bargaining privileges. This lockout effects dozens of projects statewide, including Interstate 69 reconstruction in Flint (MDOT Project, not GCRC). As a result, the Mill Road Bridge construction was suspended until all parties can come to a formal agreement.

Flint Township is enjoying a period of economic development which brought new commercial investment to the sum of $4.89 million in 2017.

“This is a total of $12.752 million in new investment in our township,” she said. “So far, in 2018, our efforts have been making a difference. New commercial investment is at $1.047 million and reinvestment through additions and alterations is over $19.85 million for a total of over $20.897 million.”

Tucker said the Economic Development Department has taken advantage of several incentives and programs to attract investment and to ease the process for investors.

He started his firefighting career in 1958 as an on-call firefighter for Flint Township, becoming full-time in 1961. He was promoted to chief in 1982 and served until his retirement in 1994.

Current Flint Township Fire Chief Thomas Stadler said despite having retired 24 years ago, Rowley was a fixture around the fire department and at the township.

Officer Meiser and his K9 partner Thor graduated recently from the Oakland Community College Police K9 Academy. K9 Thor is now in-service and will assist in apprehending suspects, tracking missing persons, and detecting narcotics in the Township of Flint.