A look into my musical world 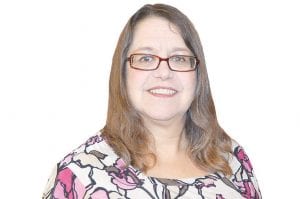 Sometime long before I had kids and was a little trimmer, Long Cool Woman by the Hollies became my personal theme song. Up to the age of 15, I was really only exposed to a lot of my foster mother’s favorites such as Glenn Campbell, Johnny Cash, Willie Nelson and Cher, and Glenn’s songs still hold a lot of nostalgia for me and often bring a tear to my eye.

Music is hugely important to me and I couldn’t possibly list here all the songs and artists I like. I have often mentioned there is no way I could ever have enough money to buy all the music I love.

Just perusing a few of my Favorites saved via YouTube though, and this is not by any means a comprehensive sampling of my favorite songs, I have some thoughts on some to share with you.

Thunder Island by Jay Ferguson (1977) is one of those songs that gets me bobbing in my seat, reminds me of the free and wonderful summers of my childhood when every day the sun came up and we weren’t in school, my foster mom took us to the lake. It was selfish on her part—she was a sun worshipper. I remember her loading up a loaf of bread with peanut butter and jelly and stuffing it right back in the bag.

That and a jug of sun tea kept us nourished at the lake for hours, long after the weather had turned those sandwiches to mush. We didn’t care—as long as we could be in the water.

Rock the Casbah by the Clash is a song that never fails to get the radio volume cranked up, too. I just love the beat of it, and I guess, I’ve always been a bit of a rebel and relate to that aspect of it.

I appreciate all types of music, from opera, classical, to Eminem. Dire Straits’ Sultans of Swing (1978) is a huge favorite and oddly enough reminds me of both of my clubbing days and reinforces my liking for classic rock/country, blues, folk and alternative music.

Unfortunately, the pinnacle of the disco era occurred while I was in Basic-Advanced Army Training and I never really got into the club scene then, but later did a little after getting to my permanent duty station in Germany. I love many disco hits.

Cool Change by Little River Band is one of their songs I like, and always reminds me I’m a person who needs a lot of time alone. I have a big heart and can easily get distracted by everyone else’s needs, but am also pretty sensitive and just can’t emotionally deal with as much as I would like to.

If I had to pick an all-time favorite band it would fall to Fleetwood Mac/Stevie Nicks. There are probably only a few bands of the 1960- 2000 era I don’t like. One thing is for sure, I could never live without access to music. Here’s hoping I never have to.