A recap of the big game and what’s next 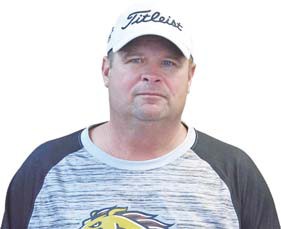 We can put Super Bowl LV in the history books as Tampa Bay dominated Kansas City for a 31-9 victory.

The Pittsburgh Steelers and New England Patriots have won six each. I say, just think about that for one second and let me know when you quit shaking you head.

The Tom Brady accolades are never ending and we are watching a once-in-a-lifetime player do things unimaginable in the NFL. I ask, who thought when he went to Tampa Bay as a free agent that a Super Bowl win was in the deck of cards? Let’s toss in the fact that Tampa Bay won three playoff road games to get to the Super Bowl! A very tough accomplishment in the NFL.

Tom Brady is the GOAT and anyone who argues he isn’t doesn’t have a goat’s hoof of a chance convincing me otherwise.

What happened to the Kansas City Chiefs in this non-competitive Super Bowl? A game we all thought would be competitive and go down to the wire.

I absolutely love to watch good defense played in the NFL and Tampa’s defense was so impressive in this Super Bowl. I mean, to shut down that high flying Kansas City offense and not allow them into the end zone. What a feat by Tampa’s defense. I mean zero touchdowns! What kind of odds could you have got that Kansas City would not score a touchdown? The answer is about a 1000-1.

What didn’t impress me was the officiating in the first half calling some questionable penalties on the Chiefs defense. The penalties did not cost the Chiefs the game, but it didn’t help their chances of winning either. The Chiefs one-year dynasty (smirk) is over so let’s knock off that chatter. My pick of Kansas City was a total miss and to that I’ll say, never ever bet against the GOAT!

The football season is over and I do not want to read about Mock Drafts. What a waste of time those things are. I say let’s focus on basketball and hockey and some other sports.

The first thing is NASCAR’s Super Bowl this Sunday, the Daytona 500. The Daytona 500 will be on Fox at 2:30 p.m. and I will admit it’s about the only NASCAR race I watch the whole year. I also admit I never watch the entire race only bits and pieces and the last 25 laps. The boys in Vegas have listed Denny Hamlin as the favorite followed by Chase Elliott and Joey Logano. Yes, there is wagering in car racing just like any other sport. My pick to win: the one and only Ricky Stenhouse Jr. START YOUR ENGINES!