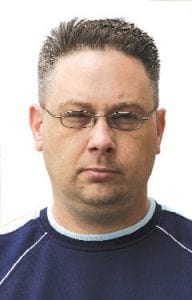 Recently the national prep football scene has become its own version of The Good, the Bad and the Ugly, with the bad taking the form of St. Cloud, Fla., coach Bill Buldini’s suspension for allowing a homeless player to live with him. While the rule is actually designed to curb player recruitment, the result could end up costing as much as several thousand dollars in fines along with the potential forfeiture of victories, quite a steep leap from the $3,850 stipend Buldini is annually compensated.

As for the ugly, the varsity football team at New York City’s Herbert H. Lehman High has been playing a schedule of strictly road games since its inception in 1972, when the Board of Education decided to endow it with an 80 yard field because the school sold off all the surrounding land. Now the Dept. of Education’s School Construction Authority has $2.8 million set aside for Lehman High towards a scoreboard, lighting and new turf with no plans for expansion because the adjoining lot now features a White Castle restaurant.

Having saved the best for last, oh my god you guys, guess what? Guess what? Guess what? Barry Sanders Jr. led the Heritage Hall (Okla.) Chargers to a 5-0 start with 970 rushing yards and 14 touchdowns, including a 313 yard, five score performance on 13 carries against Tulsa NOAH on Oct. 1. At one point the son of the greatest football player who ever lived even reached the endzone three times on four attempts, shining a spotlight on

the junior that’s now being seen by colleges such as Oklahoma State, Alabama, Florida State, UCLA, Arizona and Auburn.

Does anybody remember Ty Detmer, the Detroit Lions quarterback from 2001-03 who threw a franchise record seven interceptions in his initial start for the team against the Cleveland Browns, a mark that stands as the second most-ever in a National Football League contest? It turns out the Brigham Young University product and 1990 Heisman Trophy winner is now coaching at St. Andrews Episcopal School, a private K-12 institution in Austin, Tx., with an

probation after the school’s baseball coach and a parent of a former player were accused of taking a recruiting trip for the winless Crusaders to Tafuna High in American Samoa. Adding to the drama are the quotes they gave a local paper coveting the size of the area’s athletes.

Elsewhere in the world, Togo’s national soccer team is probably ready to put 2010 in its rearview mirror after FIFA dissolved its ruling football committee last December, followed a month later by the death of two team officials and bus driver in Angola by rebel soldiers prior to the Africa Cup of Nations. With team captain Emmanuel Adebayor quitting the squad in response, apparently now someone’s formed an entire roster of impersonators that lost 3-0 to Bahrain in an unsanctioned exhibition contest in Aug. just three days after Togo fell to Botswana 2-1 in an Africa Cup of