A winning trade for the Lions and a Super Bowl prediction 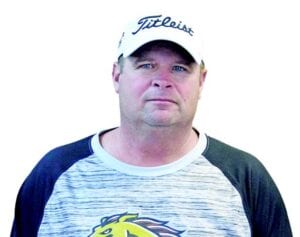 The Super Bowl should be the lead story this week. However, I am going to start with the Matthew Stafford blockbuster trade to the L.A. Rams. I say here in Detroit it’s probably more important than the Super Bowl on Sunday.

The Lions and Rams should both be winners with this trade, in my opinion. Let’s look at the Rams reasons for making the deal with Detroit.

The Rams were not sold on Jared Goff at quarterback, and he carried a huge contract on the Rams payroll. The Rams have a real good football team on both sides of the football. The trade for Stafford is a huge upgrade for L.A. at quarter­back. Did the Rams give up too much to acquire Matthew Stafford giving up two No. 1 draft picks and a third round pick and Goff? The answer is probably “yes they did.” However, you cannot understate the salary dump of Goff’s contract on the Lions. I think the Rams are rolling the dice that Stafford can take them to the Super Bowl next year. The boys in Vegas — after the trade — took the Rams from 18-1 to 13-1 to win next year’s Super Bowl.

I think the trade was an A + grade for Detroit. The Lions are in retool mode as always in the Motor City this off season. I believe the Lions were hoping to get one No. 1 draft pick and ended up with two No. 1s. For the Lions, if they don’t screw up the picks, this trade was a total home run.

I will miss Stafford as the Lions quarterback, personally. I thought he was tough and played through injuries. He played on Lions teams with zero running game and awful defenses. Let’s toss in the ownership and management, which has been brutal as we all know. I wish Stafford nothing but success in L.A. and peo­ple in Detroit will realize how good of a quarterback he really is. I can see Matthew Stafford in the Super Bowl next season with the L.A. Rams. Don’t laugh, it just might happen. I really hope it does too!

How about Tom Brady this post season with his contract bonuses having a chance to pick up $2.25 million if he wins on Sunday. He has already banked $1.75 million in post season bonus money.

How about if Tampa Bay wins, Super Bowl receiver Antonio Brown scoops up a cool $750,000.

Hey man, I need contracts with bonus money like these guys are getting. Who wins on Sunday is the $100,000 question. Let’s breakdown the game.

The Kansas City offense is a tough one to defend. I mean, they can run the football confidently. The receiv­ers Patrick Mahomes can throw to in Travis Kelce, Tyreek Hill, Demarcus Robinson and Mecole Hardman pose so many issues to defenses. The fact that Patrick Mahomes can make every throw is amazing. The defending champs are also playing solid defense overall. I do think that the Kansas City-run defense is not stout. I look for Tampa Bay to exploit the run defense on Sunday.

The Tampa Bay Bucs have No. 12 under center in Brady looking for ring number seven. If Brady wins he will have more rings than any NFL franchise has! Just think about that for a moment. When the Tampa Bay football team signed Brady this is what they envisioned — a trip to the Super Bowl.

How does Tampa win on Sunday? I believe they need to win the time of possession battle and keep the Chiefs offense on the sidelines. The Tampa offensive line will need to block well as Brady struggles when severely pres­sured in the pocket. Where Tampa has been great is defensively in the last two months of the season. I mean, they totally shut down the Packers and Rodgers two weeks ago. DRUM ROLL PLEASE: TWO IN ROW 30 AND STUCK ON SIX RINGS 27. I can be reached at thefatguy@mihome­paper.com.