A word on that Millennial rant 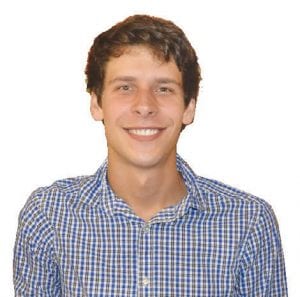 By now, anyone who spends even a smidgen of time browsing social media has witnessed a rant making the viral rounds from one Alexis Bloomer – a Texan television journalist who took all of two minutes to eviscerate her fellow Millennials for their many generational deficiencies.

Bloomer posted a disclaimer along with the video indicating she does not, in fact, believe all of us are bad. Prior to posting, she had witnessed a young gentlemen step ahead of a limping old man and walk through a door without holding it. An act of mindlessness, callousness or defiance is anyone’s guess.

The video, which has been shared approximately 40 million times, caused an expectedly polarized reaction. Considering my generation has monopolized Internet content mills, a swarm of angry writers took to the web to express their disconcertion with long diatribes centered how clueless Bloomer is.

I, myself, avoided the rant for weeks, knowing well I would probably clash with her assertions. But the ubiquitous presence of the thing meant it was something resonating with a lot of people. At long last, I caved in to witness the video that has touched the hearts and minds of so many in this country.

Boy, if I could have those minutes back. Bloomer’s sweeping generalizations of the younger population is enough to make one piping-mad.

After giving myself time to cool down, I started thinking about the cyclical nature of this country – how every generation has been criticized as a lamentable failure at some point.

The Silent Generation were hippie punchers to the Baby Boomers. The Baby Boomers were hippies-turned-selfish individualists. Gen-Y and the Millennials are upset with the Boomers for Reaganomics, and a huge portion of the Boomers are angry at us for the reasons outlined in such succinct terms during Bloomer’s video (lazy, idealistic, refusal to “pull up our pants”).

I am not going to get too into the inaccuracies of Bloomer’s arguments. After all, Millennials really do live in an oversaturated, hypercompetitive and market driven economy with crushing debt.

But back to the point: has there not been these kind of arguments made for every generation? Each one that follows is too idealistic, too self-invested, is betraying the principles of what makes this country such a wonderful and pure place to live.

Bloomer, presumably, has been raised hearing her elders talk of how people in their age did things for the greater good. She has heard stories of her grandpa walking 5 miles to school, thumbed through pictures of dresses below the knees and families sharing a meal at the kitchen table.

The past, those simpler days, can seem so romantic. But who is to say it was better? We live in a different world, constantly shifting. Priorities and people change, with perhaps only one constant: the tendency to forget about the pessimism that comes with the changing of times.

Bloomer has made her 15 minutes rehashing old criticisms for a new crop of people. Time may vindicate her with the Millennials. Or we might all just forget about her. stunningley@mihomepaper.com