A year in review of major happenings 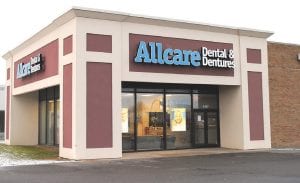 FLINT TWP. — Looking back at news coverage this year, The Flint Township View delivered stories about opening a casino, regulating medical marijuana use, building a recreational trail, the closing of a major bookstore, three family homicides and much more. Read on to review some of the highlights.

The year began with a new garbage collection service by Richfield Management which added a curbside recycling and rewards program, weekly yard waste pick-ups while assessment fees have dropped from $117 to $111 a year.

Early January also brought speculation that the Bay Mills Indian Community had purchased land in the township to build a casino with the prospect of 700 jobs. The 28 acres of land at the northeast corner of Lennon and Dutcher roads remains undeveloped while Bay Mills battles a legal challenge to its right to build there.

January also brought news of the abrupt closing of AllCare Dental & Dentures, 4307 Miller Road, leaving hundreds of patients in the lurch with unfinished dental work. Later in the year, the township board presented its “Spirit of Community Award “ to Brian Wisniewski, a dentist, who provided more than $20,000 worth of free dentistry to the deserted patients and opened the Healthy Smiles dental office in the Somerset plaza. 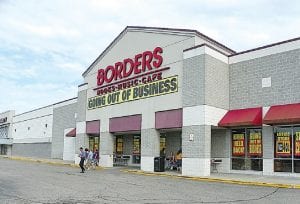 The first homicide happened Jan. 12 when Thomas M. Stauffer, 40, was shot and killed on Nerredia Street. Martenza X. Thompson, 22, of Flint was later charged with murder and robbery.

The Ann-Arbor based parent company of Border’s bookstore on Miller Road filed for Chapter 11 bankruptcy protection in February. The company hung on for a few more months before deciding in July to shut down all operations including its 15-year Miller Road store, which closed in early September.

The first of three crime-based family tragedies happened in early March when Thomas Logan Rothley, 23, is believed to have killed his father Joseph Michael Rothley, 47, before ultimately taking his own life in a Walmart parking lot as police closed in on his vehicle. 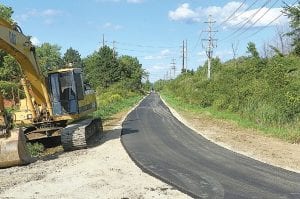 In October, Flint Township held a dedication ceremony for the long-awaited Genesee Valley Trail (shown here under construction in the summer of 2011). The 2.69 biking and walking trail runs from Linden Road to Corunna Road — partly following the path of an abandoned railroad track and was paid for with a $950,000 federal grant.

In late March, the Flint Township Board of Trustees first entertained the idea of supporting an Aerotropolis business development corridor along the I-69 freeway from Port Huron to Shiawassee County with Bishop International Airport as its hub. Designed to create enterprise and jobs, the Aerotropolis zone would be one of only in the state, if approved. In November, the township board passed a resolution to join an Interlocal Agreement for the Aerotropolis trade corridor.

News in early April dashed hopes for the Bay Mills casino being when a federal judge shut down a similar operation in Vanderbilt after ruling that it did not open legally.

In May, Goodwill of Mid-Michigan opened its first west side store at 4340A Miller Road, adjacent to David’s Bridal and next door to Genesee Valley Center mall. It joined 14 other Goodwill branches operating in four counties.

In June, the Carman- Ainsworth Board of Education adopted a 2011-2012 general appropriations budget of $51,411,135, which exceeded anticipated revenues by about $2.2 million. The shortfall is due to dropping enrollment, declining property tax values and state-aid budget cuts coupled with increasing personnel costs including salaries, health care and retirement funding. A projected 100 student loss equated to about $750,000 to $800,000 in lost revenue but still fell short of the actual October student count of 188 which boosted the funding loss to about $1.5 million.

In late June, Flint Township officials announced that the 911 Consortium had agreed to purchase the State Police Post at 4481 Corunna Rd., as part of a Regional Policing Plan to reduce the number of posts from 62 to 29 to save money and consolidate services. According to the plan, the Flint Post will serve Genesee and Shiawassee Counties and the post in Corunna will be closed.

The Fourth of July weekend brought the second crime-based family tragedy when Donovan Lamar Haynes, 20, was accused of killing his two-year-old daughter Tiarra Woodward. Police found the child unconscious with human bite marks on her body and the cause of death was determined to be internal bleeding from a lacerated liver. Haynes was charged with four felony counts including open murder.

In early August, Flint Township officials signed on to explore the idea of shared services with Swartz Creek and Mundy Township. The move was prompted by the need to cut costs to help offset continued revenue shortfalls based on five-year projections.

Medical Marijuana was an ongoing issue while township officials struggled with an ordinance to regulate its use. A moratorium first approved in December 2010 was extended three times before the township board passed an ordinance in August.

August also brought the first-ever Back to the Bricks Tune-up party. Flint Township was one of four areas chosen to host warm-up events to the big Back to the Bricks celebration in downtown Flint. Classic cars of all makes and models cruised down Linden and Miller roads and filled parking lots at the Patsy Lou Automotive Group dealership and Dukes Car and Stereo.

Controversy about the governance of the Carman-Ainsworth Senior Center on Graham Road led to a reorganization in September. A new leased was signed between the township and the center, and a new governing board and by-laws adopted.

In October, the township held a dedication ceremony for the long-awaited Genesee Valley Trail. The 2.69 biking and walking trail runs from Linden Road to Corunna Road – partly following the path of an abandoned railroad track and was paid for with a $950,000 federal grant.

Faced with continued declining revenues, the board of trustees passed a 2012 budget that drew from a $4.2 million fund balance to make up an $829,745 difference between about $10.2 million in revenues and $11 million in expenses.

In early November, a small plane crashed at Bishop Airport but all four men onboard walked away with minor injuries. The twin-engine plane was flying to Wisconsin from Florida when it developed engine problems and was diverted to Bishop where it flipped over during landing.

Late November brought a third crime-based family tragedy in the double homicide of Charles F. Woodson, 78, and his daughter Phyllis Olivia Woodson, 53. Within 48 hours of discovering the bodies, police arrested Marcus D. Lanes, 45, after locating him in a downtown Flint hotel where he staged a five-hour standoff while holding a hostage. Lanes has been charged with murder and robbery. He is a parolee through the Michigan Department of Corrections and also wanted in Georgia on a probation violation.

In late November, Flint Township Police Officer Matt Needham was fired after a township board closed session and hearing. Needham, a 17-year member of the force, was accused of a violating several police department rules and regulations and making false statements during the investigation and hearing.

In late November, township officials began condemnation proceedings at Brookstone Valley Apartment off Flushing Road where tenants were moved in a short time frame because the landlord had not paid the water bill and the water was being shut off. Some of the buildings were also without heat.

In early December, interest rose for the idea of creating a dog park and also for the township to consider becoming a city and changing its name.

Closing out the year were election changes that moved school elections to November and redrew precinct boundaries that will change where some residents vote.