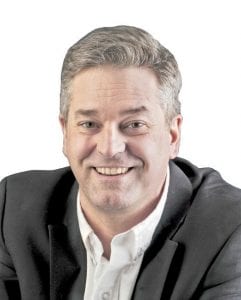 It’s time for another edition of Dr. Marriage – the advice column for people mystified by the people with whom they cohabitate …

My wife and I get along great and yet she always seems slightly annoyed with me. What’s up with that? Am I doing something wrong?

Dear Puzzled: First off, of COURSE you’re doing something wrong. You’re a guy. Married to a woman. And women are – and Dr. Marriage is not even kidding when he says this – superior in every way to men. Therefore, by definition, everything you are doing is wrong. I’m surprised you don’t know that by now. How long did you say you’ve been married?

But perhaps Dr. Marriage is judging you too harshly. After all, the light of his utter wrongness about all things marital didn’t go on in Dr. Marriage’s head until about year 25 of his union with Mrs. Dr. Marriage.

Dr. Marriage remembers the moment all too clearly. He was lying in bed next to her when she said, “I can’t believe you did that.” To which Dr. Marriage – who was puzzled since he didn’t remember doing anything especially dumb that day – replied “Did what?” To which she replied, “When you tried to use that rusty X-Acto blade to get that sliver out of Henry’s foot.”

Henry is our son.

“It was rust. He could have gotten tetanus.”

“Oh, c’mon, he’d have been fine. He’s a boy. Besides, it was eight years ago. Doesn’t the statute of limitations ever run out with you?”

That’s when Dr. Marriage got “the look.” The look means Dr. Marriage has immediately lost the discussion for being hopelessly stupid. It also means another notation has gone into the permanent record on him that Mrs. Dr. Marriage keeps in her brain.

Dr. Marriage was about to object to the look and defend his statute of limitations argument. But at that moment, a little voice in his head said, “Resistance is futile. Be a reed in the river, a willow in the wind. Go with the flow and all will be well.”

So he apologized for his stupidity. She seemed satisfied. And capitulation with honor eventually became Dr. Marriage’s marital philosophy. Now when Mrs. Dr. Marriage confronts him with his stupidity, instead of digging the hole deeper he simply says “You’re right, what was I thinking?” Then he goes and takes out the trash.

Mrs. Dr. Marriage usually eyes him suspiciously when he gives in that easily and says, “Yeah, right. You’re not fooling anybody, buddy.” Dr. Marriage, of course, has no idea what she means by that.

But it has saved a lot of squabbling. So much so, that lately Dr. Marriage has been experimenting with a similar, pre-emptive version of this philosophy. What he does, every morning before getting out of bed, is roll over to Mrs. Dr. Marriage and whisper “I’m sorry for every dumb thing I’m about to do or say today.” Usually she just elbows him in the sternum. But he thinks it’s eventually going to work. Or not.

Whatever the case, Dr. Marriage strongly suggests you try this philosophy, Puzzled in Pittsburgh. Although if it doesn’t achieve the desired results, don’t expect Dr. Marriage to apologize.

He’s not married to you, after all. andrewhellercolumn@gmail.com