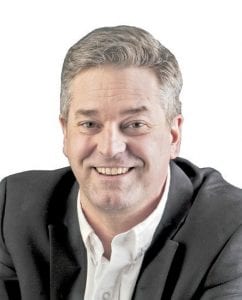 Usually by the time I get around to my annual advice column for graduating college seniors, the loftier concepts have all been taken.

For instance, Mark Zuckerberg, the Facebook guy, recently told Harvard grads he got a girl to go out with him by telling her, “I’m going to get kicked out in three days, so we need to go on a date quickly.”

Hillary Clinton told Wellesley seniors how long walks in the woods, organizing her closet and Chardonnay helped her deal with the election loss blues.

If I were in the crowd and my commencement speaker said that I’d think, “Is this a graduation speech or a group therapy session? Boo! Boooooo! Talk about us!”

But then I was always a rebel.

Then, of course, there was Donald Trump sending Coast Guard academy cadets out into the world with the following words of wisdom: “Look at the way I’ve been treated lately, especially by the media. No politician in history — and I say this with great surety — has been treated worse or more unfairly.”

Lincoln and Kennedy would probably disagree, but my point here is there’s no way I can compete with inspiring material like that.

So I’m not even going to try.

Instead, I think I can best serve today’s Gen Z grads by giving them a simple yet important mission that – if they are successful – will make for a better, less annoying world for all. All they have to do is reject the following played-out habits, fads and quirks birthed by the millennial generation:

Tiny, little undersized business suits. Why is this a thing, and why won’t it go the heck away? Everyone walks around looking they either just had a puberty growth spurt or the dryer shrank their clothes. Lumberjack beards. Lumberjack beards are not a fashion statement. They’re just lazy grooming. Lumberjacks grew them because they were out in the woods for weeks and months at a time. Computer programmers and social media editors are not lumberjacks – or, for that matter, the Smith Bros. cough drop guys. (Google it.) Therefore, they shouldn’t wear them. And if they do – if you do – for the love of god, inspect them after eating, would? Gross.

Skinny jeans. This should not be a trend in a nation as fat as America. The truth is no one – not even skinny people – can wear skinny jeans without flashing crack when they bend over, which is no one’s idea of fun. Remember, as the late, great Whitney Houston once said, “Crack is whack.” Learn it. Live it.

Vocal fry and up talk. Vocal fry is that raspy, back of the throat, lower-register thing so many people do in conversation, almost like they’re growling at the end of a sentence. Imagine one of the Kardashian’s talking. Its one part Valley Girl, one part baby talk. That’s vocal fry. Up talk is when people end sentences on the upswing, like they’re asking a question. Try it with that last sentence. See? Irritating.

Bro and bra. Bro is bad enough. Being called someone’s “bra” makes me want to kick a blind nun’s puppy.

So there you go, Gen Z. You have your marching orders.

Don’t let me down, bras. andrewhellercolumn@gmail.com