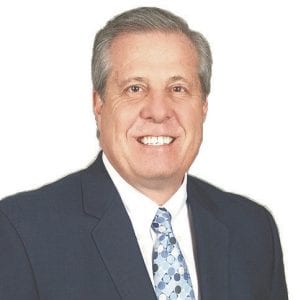 An important part of our charge at the Flint & Genesee Chamber of Commerce is to advocate for public policies that contribute to business and economic vitality. That’s why we have been carefully following the budget discussions since Gov. Gretchen Whitmer’s recommended budget was released in March. Although we do not expect that any negotiation to produce a perfect outcome for all stakeholders, we are encouraged by ongoing dialogue to improve upon currently enacted appropriations.

There are several proposals under consideration that are of particular importance to Genesee County that we are monitoring closely.

Good Jobs for Michigan provides incentives in the form of a return of state personal income taxes for employers that create 250, 500 or 3,000 new jobs in Michigan. The Flint & Genesee Chamber was part of the original coalition back in 2017 that came together to push for this package at the state level. The original agreement had a $200-million limit and a two-year sunset. The proposed agreement has a five-year sunset of Dec. 31, 2024 and a $500-million limit.

Members of our economic development and government relations teams joined with their professional peers around the state to testify before the Senate Small Business & Economic Development Committee about the importance of Good Jobs For Michigan and what it means for our business attraction efforts. We are working with both our local and state delegations to encourage them to weigh in with Gov. Whitmer on the importance of this legislation and what it means for our community.

Michigan Department of Natural Resources The Michigan Department of Natural Resources’ summer employment program for at-risk youth and veterans was cut by $1 million under the proposed budget. This could impact the Chamber’s summer youth employment program in 2020 to the sum of 70-100 teens. While we are still advocating for the full restoration of this funding, we are also preparing for the possibility that we may have to reduce the number of participants in our summer program due to a decrease in funding.

While there are areas of specific interest to Flint & Genesee, we are not engaged in this process of monitoring and advocacy alone. The Flint & Genesee Chamber is working collectively with chambers of commerce across Michigan on issues of interest for businesses and communities.

I am hopeful our combined efforts will produce a positive outcome for Flint & Genesee. Stay tuned.