After election fallout settles 4-H ready to move ahead 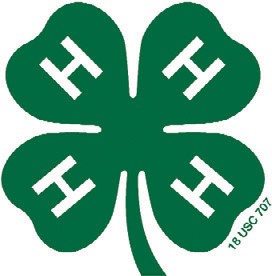 DAVISON TWP. — Deb Caryl said she’s always been one to focus on the positive instead of the negative.

Caryl, a local farmer and 50-year member of the Genesee County 4-H Club, said the Nov. 6 defeat of a proposed property tax increase to support the Michigan State University Extension Service (MSUES) isn’t going to be enough to force the closure of the 4-H Club.

“Don’t count us out yet, we’re still doing a lot of work,” said Caryl. “There is something in the works.”

That “something” is a support group Caryl is forming to help raise funds to continue the 4-H Club’s activities in Genesee County.

The five-year tax would have provided MSUES with $176,104 annually, assessing what was called the “smallest tax” ever placed on a Genesee County ballot.

The millage would have assessed two cents on every $1,000 of taxable value, so property valued at $100,000 would cost the typical taxpayer $1 a year.

Caryl said she is working with others to form what she calls the Friends of the MSUE — a group dedicated to raising money to help support the agency which not only funds the 4-H, but the master gardener and other food and farming related programs.

In the meantime, Caryl said the Friends of MSUES will work on organizing fundraisers to generate as much money as they can to keep the program alive.

“This was just too much for us,” said Caryl, owner of D&S Farm in Davison Township. “Most 4-Hers were disappointed, but we’re going to stop the negativism — stay on the positive side.”

Caryl said plans are in the works to hold a fundraiser downtown in Flint sometime in the winter where, for a small fee, attendees can enjoy homemade soups and chili. She said she will have more details on this proposed event soon — the proceeds from which will go to fund the MSUE and 4-H.

Incthe meantime, she said she is working to get information on what it will take to keep the 4-H alive to county and local officials.

“We’re working to get the information out to the mayors, township supervisors, county commissioner and the general public,” she said. “They’re going to have the information whether they want it or not.

“We want them to know what MSUE is doing for them.”

She said she also hopes to see the 77,000 residents who voted in favor of the milage turn out for the event. If each gave just $5, she said it would be more than enough to keep the program running for a year.