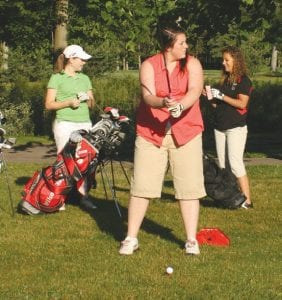 Kids from 8-18 have been playing in the Flint Junior Golf Association since 1939.

BURTON — The Flint Junior Golf Association turns 73 this year, looking as hale and healthy as ever.

The nation’s oldest junior golf organization should number right around 1,000 players again, and while that’s well below the 2,200 who played at the program’s peak in the 1990s, it’s still the second-largest community-based junior golf program in the country.

On-line registration started April 4, and 140 kids had signed up by the end of the week, according to FJGA director Loyd Walter. That’s a good number considering it was spring break, with many families out of town.

“We also started a week earlier this year,” said Walter. “But looking across the entries so far, I’ve seen a lot of new kids, so that’s encouraging.”

Registration continues through May 15, with play beginning June 20. FJGA is open to any child aged 8-18 who lives or attends school in Genesee County. They play in three divisions — a 5-hole division for ages 8-11, a 9-hole division for boys up to 14 and girls up to 15, and an 18-hole division players up to 18.

“We hope to get back to that or more,” said Walter. “One thousand is that special number we’re looking for.”

The program is on more stable ground than it was last year at this time, when the City of Flint closed two courses the FJGA was depending on, Pierce Park and Mott Park.

“Everything’s a go so far,” said Walter. “Last year we were waiting on word from the city.”

Walter doesn’t mind that the FJGA is less than half the size it was in 1999, when the county’s population was higher and Tiger-mania sparked interest everywhere.

“That (2,200) was way over capacity,” he said. “Some groups weren’t getting off until three or four in the afternoon. Now, with the economic conditions, a lot of these courses are running events the same day we’re playing, and we have to be off by one o’clock.”

Fees are minimal, with a one-time cost of $55 for 5-holers, $65 for 9- holers and $85 for 18-holers. The price includes all greens fees for the season, a bag tag, rulebook, seven pre-season instructional clinics, and a chance to win medals during weekly play and trophies at the season ending tournament.

About 80 percent of players register on-line at www.fjga.org, but those without computer access can pick up registration forms at King Par Superstore or any participating golf course.