BATTLE CREEK
– A new All- American Hockey League team, the Lapeer Professional Hockey Club, was accepted by the AAHL Board of Governors on August 22. The expansion team, that will be named either the Lapeer Loggers or the Lapeer Chiefs after the online voting is completed next week, will begin playing this winter at the 1,200-seat Polar Palace. Opening day is just 49 days away from today.

“From both a geographical and historical perspective, Michigan is such an integral part of our league and we’re excited to welcome a market like Lapeer that carries on the professional hockey tradition in the Genesee County” said AAHL commissioner Rod Davidson. “And, with an ownership group committed to both its players’ and the community’s success, along with a first-rate facility, we’re looking forward to carrying on that proud tradition for years to come.”

The AAHL declined to disclose the ownership group until next week after all documents have been signed and finalized, said Kyle Fraser, Hockey Administrator at the Polar Palace. The league met Monday night as it moves forward with adding teams that now number six with the addition of the Lapeer Professional Hockey Club and the Troy Bruins, approved by the Board on Tuesday, Aug. 31. Other teams already in the league include the West Michigan Blizzard, Battle Creek Revolution, Madison Ice Muskies, and the Queen City Storm. 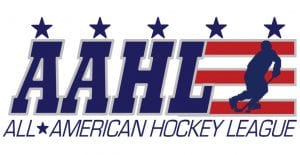 The AAHL was first formed in September 2008 when the Midwest Hockey League and the Mid-Atlantic Hockey League, were not be able to field teams.

On Monday, Aug. 23, the Lapeer Professional Hockey Club announced its selections from the 2010-2011 AAHL Free Agent Draft. In total, 70 players from all over the globe were vying for spots on the five single A clubs. Lapeer’s picks include goaltender Dave DeSander of Saginaw; forwards Brandon Heywood of Maple Grove, Minn; Oliver Hamel of Calgary, Alberta, Canada; Steven Filak of Dearborn; and Brady Sluman of Barrie, Ontario, Canada.