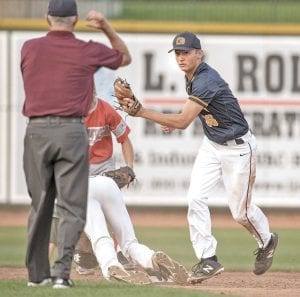 MIDLAND – For the fifth consecutive summer, Dow Diamond, home of the Great Lakes Loons, a Class A affiliate of the Los Angeles Dodgers, hosted a North vs. South high school baseball All-Star Game Tuesday evening. The North team was comprised of ball players from Saginaw and Bay counties and for the south it was Genesee, Lapeer and Shiawassee counties.

The game took place this past Tuesday at 6 p.m. Twenty four Mid- Michigan high schools were represented at the event.

The game gained sponsorship from the Greater Flint Area Baseball- Softball Association, which is a 501c3 non-profit organization. It is a pivotal piece of the baseball and softball community in the Flint-area, which not only provides opportunities, but operates Whaley and Broome Parks.