Alumni Hockey back for eighth year 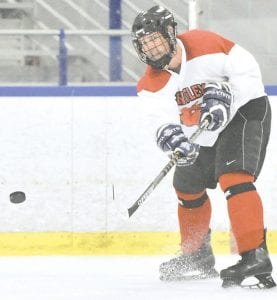 LAPEER – For the eighth consecutive year, the annual Mid-Michigan High School Hockey Alumni Tournament returns to the ice on April 27-29. The majority of the games will be held at Lapeer’s Polar Palace, but there will also be some overflow games slated at Crystal Fieldhouse in Burton.

The event often benefits causes such as the Food Bank of Eastern Michigan, Old Newsboys of Flint, local youth hockey associations in the Flint and Lapeer areas and the Eastern Michigan Hockey Scholarship Fund.

The tournament is organized by the committee of Eric Lemieux, Bryan Hall, Andy Palovich and Rico Phillips. For more info, visit highschoolhockeyalumni.com or contact Lemieux at 810-223-2964.