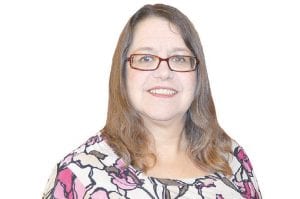 I n his last public speech, American Revolutionary Patrick Henry said, “United we stand, divided we fall. Let us not split into factions which must destroy that union upon which our existence hangs.”

But sadly, it seems our nation has forgotten the truth of being united and daily we attack fellow citizens for holding beliefs which, while perhaps not aligned with our own, are just as valid. Recently a person who was a complete stranger to me took the opportunity to go to my personal Facebook page, and finding I didn’t agree with them politically, religiously, or otherwise, posted information about me in what was an obvious attempt to shame me via social media for not being the type of person they believed were ‘deserving’ of support.

This seems to be a recent trend in social media, comes from both sides of the political fence, and only serves to divide us. Additionally, I find it highly offensive, NOT because my personal philosophy doesn’t agree with certain people, but because it is literally un-American.

America was built to embrace diversity, and if we look around the universe, diversity is everywhere. People seem to believe that diverse opinions cannot unify behind a single set of values, such as justice, equality, and human rights—areas which we normally slam other countries for failing to live up to; but which daily, the U.S. falls just as short as ‘third world’ countries.

As soon as we start labeling people as “other”— whether it be liberal, conservative, or whatever, we run the danger of division. America has enough enemies in the form of social injustice and need not further divide ourselves along lines of political ideology— because the only people who benefit are the politicians who hold the purse strings.

Furthermore, just as soon as we start putting people ‘in boxes’, there will be an election and the base of power is going to shift—then the others might just be ‘us’.

The Constitution allows everyone freedom of not only religion (or lack thereof), but of political belief. Because someone believes differently than you doesn’t mean they are ‘the enemy’, and America will never be ‘great’ until we can learn to exist with other beliefs without automatically thinking “those people need to be exterminated”.

The Land of the Free was founded specifically to foster diversity of not only religion, but opinion in general, and has grown to embrace many different cultures and ‘races’. Diversity further appears to enable the survival of the fittest. It often makes me wonder how people who oppose multiple schools of thought and belief reconcile their bigotry with the Constitution’s clear message of unity AND diversity.

No one’s beliefs, attitudes or values makes them a bad person, but their actions do. No American is undeserving of dignity and human rights, because we never know what others have been through. I can only hope American will stop seeing their fellow citizens as some kind of enemy—for there are very real enemies to combat in America today, which require a united front of all people.