An entertaining walk down memory lane 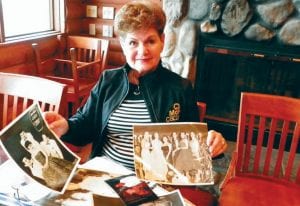 Former Flint Township Supervisor Sally Shaheen Joseph today shares photos from her scrapbook from her days as a jazz singer, subsidized by her day job working at Baker shoe stores.

FLINT TWP. — News last week of the closing of Bakers shoe stores brought back memories for Sally Shaheen Joseph, who probably is better known as a former Flint Township trustee and supervisor than for her illustrious singing career.

“Talking about Edison Brothers made me go so far back in my history, I wanted to share some of it with you,’’ Joseph said in an e-mail.

As a young woman, before settling in Flint, Joseph worked many years for Edison Brothers Shoe Stores, the parent company of several shoes stores in the 1950s including Bakers, Burts, Leeds, Chandlers and Coles shoe stores, she said.

Joseph worked at Bakers on Grand River in Detroit and later at Chandlers and Leeds in San Francisco.

Bakers at one time operated at least three stores in the Flint area including the last remaining one at Genesee Valley Center, which was among the mall’s original tenants and is closing after 42 years due to a corporate bankruptcy. 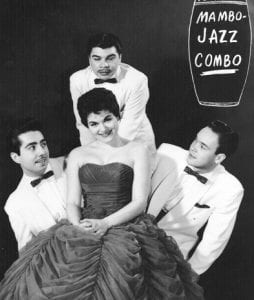 Jazz singer Sally (Shane) Shaheen Joseph in one of her last appearances with a group in Detroit before getting married in 1959 and settling down in Flint.

Joseph, who is now an attorney, started out pursuing a career in show business.

“When I was around 16 or 17, just breaking into show business as a jazz singer in Detroit, I had to have a day job to pay the bills so I could sing at night,” Joseph said. “At first, I started as cashier, then cashier/bookkeeper/salesclerk. Eventually, I ended up doing payroll, shipping and receiving as well as sales, and everything else but actually selling shoes.”

Back then all the shoe salespeople were men, she said. Everyone worked on commission, but men earned more than women who only sold accessories such as handbags, shoe polish and other ‘notions’.”

But for every pair of shoes the men sold, the women were expected to sell matching handbags, bow, polish and hosiery.

“They stuff we sold was not very expensive so even though we made commissions on what we sold, we were not expected to earn as much as did the men,” Joseph said.

“We each were guaranteed so much for clerical work and then received an additional 7-percent commission on whatever we sold. My guarantee was, as I recall, about $35 a week, split between desk work and sales.”

But being the go-getter that she was, Joseph was earning $70 to $85 a week — as much or more than the men earned.

But that would not do in those times of gender inequality. Each time Joseph’s check matched or exceeded the men’s pay, her manager was instructed by his bosses to readjust her “guarantee’’ so that would have to sell more to make as much as she had before.

“Being the radical women’s libber that I am, and was even then, after about four years of that “re-adjusting” I quit,” Joseph said. “It seemed patently unfair to me to treat women differently than the men. If I earned it, I earned it. I complained, in writing to management and was rebuffed in no uncertain terms.”

Nevertheless, t she returned to the fold a few years later when she needed income to supplement her nighttime singing job in San Francisco.

“By then I was singing with the likes of Johnny Mathis, Connie Francis, Sammy Davis Jr, Jerry Vale and a host of others … but I was singing in the lounge and they were singing or performing in the ‘big room’ making much more than I,’ Joseph said.

“It was something I knew how to do and a company with which I had a history,’’ she said. ”I don’t remember how long it took me to be earning enough money singing to be able to give up my day job. But eventually, I did.”

Despite their faults, Edison Bros. was a good company to work for, Joseph said, adding that they gave many young people like her a start in business and taught her a lot about salesmanship that she has never forgotten.

But it wasn’t Bakers or Edison Bros. that brought Joseph to Flint in 1957.

She was home in Michigan visiting her family between gigs when her agent asked her to fill in for a vocalist in Flint who had cancelled.

As a favor to him, Joseph agreed to take the week-long gig but she had other irons in the fire. Besides being booked to open in Buffalo, New York the following week, Joseph said she had been “discovered” during a show in Cleveland by Arthur Godfrey‘s Talent Scouts and booked to appear on that top-rated television show in September; followed by a singing engagement at the Copa nightclub in New York before an appearance on the Jack Paar television show in November.

“Flying high on success, singing in Flint to help out my agent did not seem like such a big deal,” Joseph said.

But that’s where fate stepped in.

“I opened here on a Monday, met my late husband on Tuesday, got engaged on Thursday, married him one year later, and the rest, as they say, is history,” Joseph said.

“I married an amazing man, said goodbye to show business, recording contracts, and, not the least, working in shoe stores to make ends meet.”

Shaheen went on to a career in public service. She currently serves on the Mott Community College Board of Trustees.