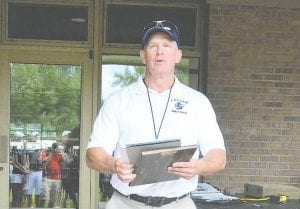 LAPEER – Fans hoping to get an early glimpse of the area’s best girls’ golf teams at the annual Lapeer Tune- Up at Lapeer Country Club will have to wait a little longer this year after a shake-up to the Lapeer girls’ golf program. Following the departure of head coach Steve Carlson from the Lady Lightning, Lapeer has now stated it will not be holding its annual golf Tune-Up, normally the first competition of the season for many prominent area teams, to begin the fall sports season.

Last year, Utica Eisenhower took home the top honors at the 12-team event with a 354. Rochester Adams finished second with a 362 and Lake Orion was third with a 380 after winning the tournament for four consecutive years in a row. Locally, Goodrich finished fourth with a 382 and Lapeer was eighth with a 425.