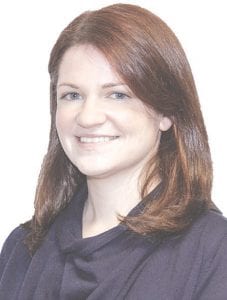 I recently learned about a local program where participants undergo up to 10,000 hours of on-the-job training and more than 1,230 hours of related classroom instruction.

While they train, they get paid. They get health care. And by the time they complete the five-year program, they’ll have a nationally recognized credential valid anywhere in the United States.

That’s a solid deal. And it’s just one example of the many opportunities available through the U.S. Department of Labor’s Registered Apprenticeship programs, which cover a wide range of careers.

But despite their obvious perks, apprenticeships have a perception problem. According to a recent state-commissioned report, just 21 percent of Michigan parents consider apprenticeships a good option for their children following high school graduation.

A lot of it comes down to awareness. The same report found that high school students and young adults are three times less likely than parents to know what an apprenticeship entails. Also, at least 55 percent of parents admit they’re uninformed about the benefits apprenticeships offer.

Considering that the majority of high schoolers see their parents as a key influence in their career choices, that’s problematic— especially as forecasts show that, through 2024, Michigan will gain more than 800,000 career openings in fields like information technology, health care, manufacturing and professional trades.

These are jobs that pay an average annual salary of $60,000 or more. And they’re jobs that could go unfilled if we don’t prepare our workforce to fill them. Thankfully, this is a cause that’s generating interest on a statewide level, which is why Michigan launched Experience Sooner earlier this year. The goal of the campaign: to increase the number of Michigan apprenticeships by 15 percent annually.

It’s ambitious. But for a state that saw its number of active registered apprentices more than quadruple between 2008 and 2017, it’s doable.

Locally, we’re fortunate to have several apprenticeship programs, with opportunities for a variety of occupations including plumbers, bricklayers and glaziers.

These programs vary in size and scope. Some are offered through unions. Others are provided through companies. Some have training schools on-site, whereas others collaborate with institutions including Mott Community College.

Whatever apprenticeships they offer, these programs play an important role in meeting current and future workforce needs. And they offer a viable path to career success.

So parents, I encourage you to bookmark MIApprenticeship.org and dol.gov/ apprenticeship. Both websites offer an abundance of information, which you can share with your students and help them to make a more informed decision about their post-grad plans. Additionally, Genesee Career Institute offers a great opportunity for teens to investigate skilled trades and other high-demand fields.

And for any readers interested in pursuing an apprenticeship, I recommend reaching out to GST Michigan Works! in Genesee County. There, you can connect with a career coach who can provide counsel and information about local programs.

Kristina Johnston is group vice president at the Flint & Genesee Chamber of Commerce.