April in the D fun for Wings, Tigers fans 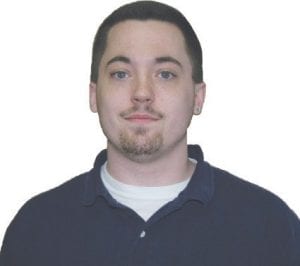 Since the regular season finale, the Red Wings have been seemingly unstoppable, or at least thus far. They entered the playoffs as the number three seed, and were paired up against the sixth seeded Phoenix Coyotes. Game one started out quite slow for Detroit, as they trailed, 1-0, going into the first intermission. Head coach Mike Babcock must have really ripped into them in the locker room because they lit up the scoreboard with four consecutive goals, holding on for a 4-2 victory.

Game two saw one of the fastest start the Wings have had all season. Pavel Datsyuk’s brilliant four-point game sparked a 4-0 lead in the second period. Not to mention his breath-taking shot from between his legs, which left a juicy rebound out front. Darren Helm scooped the rebound past Phoenix goalie Ilya Bryzgalov as Detroit was firing on all cylinders. Believe it or not, that lead nearly evaporated, as big leads often do in today’s NHL. The Coyotes came close, but just fell short as the Wings snuck away with a 4-3 win.

Phoenix looked to its home crowd to recharge it in game three with a whiteout, which the Coyotes often do, especially come playoff time. Unfortunately for the Coyotes, the crowd never really got a chance to get into the game. Ruslan Salei’s slap shot and Drew Miller’s tip-in put the Wings up, 2-0, in the first few minutes of the game, silencing the crowd for the majority of the game. With each period that game, Detroit threw an early haymaker. Early in the second period, Valtteri Filpula’s wrist shot gave the Wings a 3-0 lead. The knockout punch came early in the third when Johan Franzen got behind the Phoenix defense and fired a wrist shot over the glove of Bryzgalov, as Detroit would roll on to a 4-2 win.

Now leading their Western Conference quarterfinals series three games to none, the Red Wings will be looking to clinch and advance on Wednesday night in game four at Phoenix.

Now onto the Tigers, who are not quite where they want to be with an 8- 10 record, but remain in third place in the Central Division behind last years’ cellar dwellers in Cleveland and Kansas City. Being 4-1/2 games back isn’t so bad when you’ve only played 18 of the 162 scheduled for each Major League Baseball team.

Starting pitcher Justin Verlander’s 1- 2 record in four starts will improve as he gets back into the groove of the regular season. However, one major concern amongst Tigers fans is the recent performance of Phil Coke, who had an awful opening day performance, yet still finds himself in the starting rotation, with a 1-3 record in three starts.

Bad news for the Tigers came this week on the injury list. Once again, just like in recent seasons, pitcher Joel Zumaya is back on the disabled list. But then again, who didn’t see that coming? The velocity of his throwing motion has obviously had a negative effect on his arm the last few seasons. His return to the lineup is uncertain.

However, one person not expected to be on the disabled list is newly acquired catcher Victor Martinez. Martinez signed as a free agent this past off-season, coming over from the Boston Red Sox for a four-year deal, which is worth fifty million dollars. He was placed on the DL earlier this week, and is expected to return in early-to-mid May.

Finally, the team that hasn’t had much to play for the past couple of Aprils is the Detroit Pistons. It wasn’t that long ago that the Pistons were yearly championship contenders, but that all went down hill with several questionable roster moves in the past few years. The main transaction that haunts Pistons fans to this day was the trade of Chauncey Billups for Allen Iverson, who was a hollow shell of his old self by the time he donned the red and blue.

Detroit finished the regular season with a pitiful 30-52 record, which put them at in a lowly fourth place in the Central Division, only above the Cleveland Cavaliers, who have been a completely different team on the court since the departure of LeBron James. With the Pistons finishing the season seven games out of the playoff race, and with rumors of new ownership starting to look more like a reality, who knows what next season holds in store for the Pistons?