Are we raising a generation of poor communicators?

Editor’s note: Gary Gould is on vacation. This is a reprint of a column which ran April 8, 2010. New columns by Gould will resume next week. 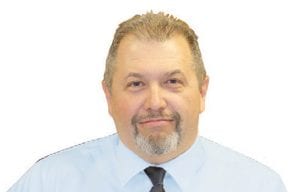 I recently had a conversation with a friend who said she believes kids today are becoming less and less capable of communicating properly because of the advent of technologies like email and text messaging.

People in general, but teenagers specifically, have become dependent on texting and e-mail to talk with friends and family and they are less willing to carry on direct speech communication — whether it be in person or by phone.

I have seen this trend myself among kids today and I never had considered it a cultural problem, but it could explain why it seems many young people today sometimes have trouble carrying on descent conversations with one another.

Let’s face it, sometimes it’s just easier to hide behind a text message or e-mail when you don’t want to talk to someone directly. Many of us are guilty of it, myself included.

But there are times some young people (and I’m not saying all, just some) just have trouble saying anything nice to each other or to anyone else. It is almost as if they don’t know how to communicate without yelling, using profanity or just plain old talking down to people. Could it be they spend more time at a keyboard or Qwerty pad on a cell phone typing messages to friends instead of sitting down and having a heart-to-heart conversation? When we live behind a veil of technology and rely so much on it to communicate with others, perhaps we are losing valuable social and communication skills? You see it in the way many teenagers write — they use the abbreviations commonly used in texting or e-mail when they are forced to write something by hand, or type their homework.

The technology has made our lives easier and it could be said it has made communication simpler, but I wonder sometimes if it is not making our future generations more socially challenged.

As a society not many families still sit down and have dinner together at the table any more. That’s where mothers and fathers asked how their children were doing in school and let the kids know they were there for them if they wanted to talk.

I know kids today want cell phones and computers at younger and younger ages, but maybe we ought to think about the ramifications of that technology in the hands of some children who can easily submerse themselves in and get lost with.

Technology is nice to have, but it can’t replace personal interaction. In other words we all need to talk to our kids, faceto face, as often as we can and urge them to put down that cell phone long enough to go hang out with friends instead of texting them.