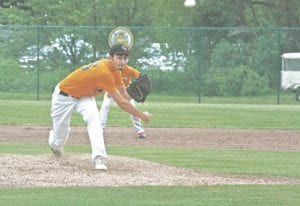 FLINT – Last Monday saw the area’s best high school baseball players square off in the 26th annual Bruin Classic All-Star game. The event, which was held at Whaley Park in Flint, had multiple standouts from the Lapeer and Genesee areas in attendance.

The Gold team came out with the 7-2 victory. Complete player stats were not available.