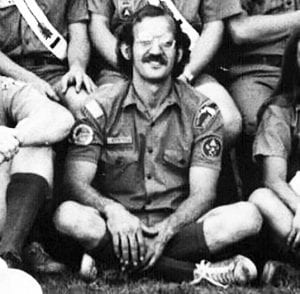 Above: Mike Beratta in his younger years with members of the Tall Pine Council. Right: Beratta has a love for the outdoors and scouting, something he has been involved with 50 years.

GENESEE COUNTY — How many of us can say we knew what we wanted to be at age eight? Well, that’s exactly what happened to Mike Beratta.

In the summer of 1958, Beratta was a Cub Scout enjoying camp with his friends. He met a Ranger at camp by the name of Lealand Austin who told him he could become a Ranger someday.

These words of encouragement would lead to a life full of teaching, leadership, and serving his country. As he retires from the scouts after years with the Tall Pines Council, which covers Genesee County, Beratta recently looked back on his life-long involvement in the scouting organization.

Beratta was born in 1950 in Mason, the year the Korean War started. As time went on, he became more and more involved in scouts and learning how to advance in his Cub Scout troop. Beratta eventually became Senior Patrol leader of his troop. He earned his Eagle Scout on his 18th birthday.

After graduation, Beratta said he went into the U.S. Air Force and served four years. In 1978, he went to his first National Camping School for Aquatics and then worked at Silver Trails as the Aquatics Director. 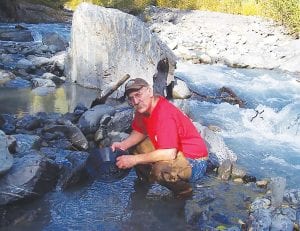 Beratta has also taught Rangers Management and Aquatics. He also served on the National team for Aquatics. In 1979 Beratta was hired as the Ranger at Camp Tapico in Kalkaska and served for 36 years.

He has also served on Michigan Cross Road Council as a Ranger Camp Director from 2013-present in Kalkaska.

Beratta has served more than 50 years as a Cub Scout Leader in his community. He continues to support and work alongside several Rangers and Leaders who are helping young boys become “great men in society.”

“If you want to be a great person, you need to be your own hero,” said Beratta.

He said he was inspired by several peers throughout the years, like Dawn Whipple who served as his Den Mother. Beratta said he recalls her calling the fire department to help rescue him out of a 35 gallon oil drum he got stuck in.

Another influence, he said, was Beratta’s sixth grade teacher

Virginia Elliot, who told him he could do anything he wanted.

Beratta said he is getting ready to enjoy a new chapter in his life called retirement. He said he enjoyed his career and looks forward to spending more time with his family. Wife Judith Lamphere and grown children, daughters Kristi Leigh and Shannon Dawn, and son Jason Kasiorek. Grandchildren Ethan, Aidan, and Grant.

Beratta said he hopes to see more kids involved in Scouts. Back when he was growing up there were a lot more troops in Michigan. He blames a few bad leaders who the organization thought they could trust who harmed children and stole money from fundraisers.

Overall he said he thinks Scouting is a good experience for all boys to enjoy and encourages future generations to carry on the tradition.