At what point is it enough? 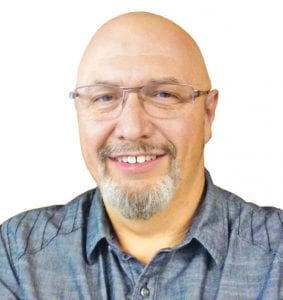 We’re all familiar with Mays, city councilman and former mayoral candidate, who can’t seem to stay out of trouble with the law. He’s the same Eric Mays who was busted a couple years back for driving a car while impaired when he was stopped by police traveling the wrong way on I-475. He also narrowly avoided jail time after a disorderly charge at a city council meeting.

Now, good old Eric Mays is accused of pawning his city owned laptop at a local pawn shop for a loan of $100.

His defense against the allegation: “I don’t think its criminal, I think it just shows I’m poor.”

Well, lots of people are poor. Many of them work jobs making minimum wage (or less) who survive without resorting to pawning or selling equipment owned by their employer.

Sure, this was a pawn so he intended to get the laptop back, but what kind of information did it contain? He had to provide laptops to the device in order to pawn it, so what sort of sensitive city materials are possibly compromised?

During his disorderly charge in 2015, Mays narrowly avoided jail time, but did find himself laying a $200 fine.

The drunk driving charge was a little more difficult to beat. After repeated appeals, Mays finally had to serve a 28 day sentence in the Genesee County jail (of which is spent only 22 days incarcerated).

The city is considering a probe into Mays’ conduct, while the police are also looking into the matter. My question is how long are the residents of Flint going to tolerate Eric Mays’ transgressions?

He has nearly become the epitome of everything many non-Flint residents believe to be wrong with the city. This particular matter really takes the cake – pawning city property for money. Yes, I know he said he would pay back the loan and get the laptop out of hock. But in the meantime there it is, sitting in a pawn shop when it should be at Mays’ side being used for city business.

Voters apparently had the sense to not vote him in as mayor. Hopefully next time his seat is up for re-election they’ll decide it’s time for him to leave the council all together. Just the mention of Mays’ laptop fiasco evokes the image of Flint being a corrupt cesspool of greed and dirty deals. The city has been though too much and in reality it is making strides toward cleaning up downtown and making it safe for all who come there. ggould@mihomepaper.com