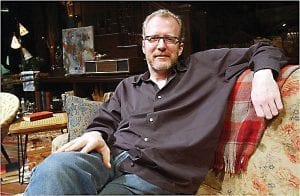 Written by Tulsa, Okla., native Tracy Letts, August: Osage County is heralded as a “darkly comedic play.” According to FYT, “when the patriarch of the Weston clan disappears one hot summer night, the family reunites at the Oklahoma homestead, where long-held secrets are unflinchingly and uproariously revealed.” August: Osage County was winner of the 2008 Pulitzer Prize for Drama and the Tony Award for Best Play.

August: Osage County made its United Kingdom debut at London’s National Theatre in November 2008. A U.S. National Tour began on July 24, 2008, with its first performance at Denver’s Buell Theatre.

Tickets for FYT’s staged reading are $5, which includes the staged reading with a talk-back with performers and light refreshments. To purchase tickets, call the FYT Box Office at 810-237-1530 8:30 a.m.-5 p.m. Monday-Friday and one hour before the performance times. Details: Visit www.thefim.org.