Only a few other production vehicles can run the quarter-mile as quickly as the ZL1, say GM officials. Fewer yet, they say, can also run 0-60 in 4 seconds, reach a top speed of 184 mph and lap the famous Nürburgring in 7:41.27 – all with the street-legal, factory-issued components and no time-consuming equipment adjustments at the racetrack.

“The ZL1 is great at everything and we’re very proud of that,” said Tony Roma, Camaro ZL1 program engineering manager.

“You can take it to the drag strip and run 11-second quarter-miles all day long.

“You can also take it to a road course, where it’s balanced, handles well, and does exactly what you want – including lapping Virginia International Raceway’s Grand Course in under three minutes – and yet the ZL1 is sophisticated enough to use as a daily driver. 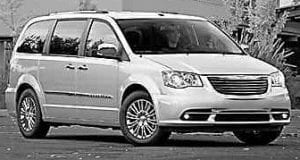 “It’s a supercar you can drive every day.” The original, special-order 1969 Camaro ZL1s are still revered for their legendary performance on the drag strip and Chevrolet was keenly aware that customers for the new, 21st century edition would undoubtedly test its straight-line mettle in quarter-mile increments.

The Camaro team re-engineered 30 percent of a Camaro 2SS to make the ZL1, including special modifications just for the drag strip.

“We know many of customers will take their ZL1 to the drag strip,” said Gordon Rojewski, driveline development engineer – and who is also an experienced drag racer and owner of a turbocharged, 920-horsepower street car. “Some may just go once, to experience the full potential of the 580-horsepower LSA engine. Others may be more serious, going every other weekend with a set of slicks in the trunk.

Engineers modified the rear suspension to accommodate an 18-inch wheel, for owners who want to fit a set of dragradials with taller sidewalls.

Launch control (manual transmission only) automatically modulates engine torque for the best-possible acceleration without excessive wheel spin. When the driver pushes the throttle to the floor, the system holds a predetermined engine speed until the driver releases the clutch. Then, the system modulates engine torque 1,000 times per second to maximize the available traction.

The partnership allows the brand to conduct onsite test drives at various U.S. Youth Soccer games and regional soccer events. Accompanied by Chrysler brand product specialists, each test driver will receive a $10 gift card for their participation, as well as gain entry into a national giveaway for a chance to win $45,000 toward any Chrysler brand vehicle.

“U.S. Youth Soccer, our 3 million registered youth players and our local soccer communities across the country are happy to have the support of Chrysler through this partnership to engage and reward our members,” said John Sutter, president, U.S. Youth Soccer.

“For our active families, the chance to test drive and get a hands-on experience with these products within their existing schedules will be greatly appreciated.”

Said Saad Chehab, president and CEO – Chrysler Brand, Chrysler Group LLC, “The 2012 Chrysler Town and Country minivan fits perfectly into the lifestyle of active families who need to transport team members and all of the various sports equipment to and from games.”

“The 2012 Chrysler Town and Country carries the torch for ultimate versatility, standard luxury and convenience with unsurpassed quality, comfort and value.” Throughout the tour, the 2012 Chrysler Town & Country will be prominently featured in high-traffic locations of the local soccer games.

The test-drive tour will travel to a variety of markets, including Chicago, Boston, Atlanta, Dallas, San Francisco, Phoenix, Seattle, Salt Lake City, San Diego, Los Angeles and New York, among others, and conclude on Aug. 10, 2012.