Chrysler is preparing the SRT Viper to re-enter the racing circuit.

“The new SRT Viper GTS-R represents a rebirth for us on the race track. It epitomizes the best of what our new SRT performance brand represents and showcases the Viper’s natural affinity for road courses. Now the time has finally come to go head-to-head with the best sports car teams from around the world.” 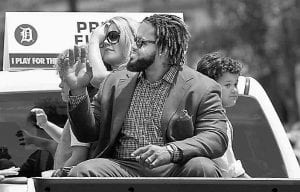 SRT Motorsports has partnered with Riley Technologies, based in Mooresville, N.C., on the design-and-build process of the new SRT Viper GTS-R racecars. The team will compete in the Mid-Ohio Sports Car Challenge, a threehour American Le Mans Series (ALMS) endurance race presented by Tequila Patron. Scott Atherton, President and CEO of the American Le Mans Series, hailed the return of the SRT Viper to the series as one of 2012’s top announcements.

“I don’t think it’s possible to overstate the significance of the SRT Viper returning to the top level of professional sports car racing,” Atherton said.

The SRT Viper GTS-R cars will be competing against the Aston Martin Vantage, BMW M3 GT, Corvette C6.R, Ferrari F458 Italia, Lotus Evora and Porsche 911 GT3 RSR. The GT class cars share many styling similarities to their showroom brands and by series’ rules must have a minimum weight of 2,745 pounds.

“The decision to make our debut at Mid- Ohio is a result of the progress made with our testing program,” said Gary Johnson, Road Racing Manager – SRT Motorsports.

“The car has shown steady performance. Each test has met and more often exceeded our expectations, so we’ll see how things go at Mid-Ohio and then make a decision about the rest of the 2012 sea- son.”

Following the limited schedule this season, the SRT Motorsports team will compete full time in the series in 2013.

That’s because a series of Chevrolet Silverados and Camaros served to host All- Stars past and present in the Red Carpet Parade prior to the game last Tuesday night at Kauffman Stadium in Kansas City.

Old-timers like KC’s George Brett rode in a parade of Chevys alongside the likes of today’s stars like New York’s Derek Jeter and Detroit’s Prince Fielder, the latter of whom had his family with him in the bed of the slow-riding Silverado pickup truck he was stationed in.

“We will have product displays, ride-anddrives and other activities around Kansas City to enhance the fan and customer experience,” said Phil Caruso, Chevrolet national promotions manager, prior to the game.

Chevrolet has been the Official Vehicle of Major League Baseball since 2005 – the year the All-Star Game, coincidentally enough — was held in Detroit’s Comerica Park. (A game won by the American League).

This year’s All-Star Game, won by the National League, 8-0, came to Kauffman Stadium in Kansas City for the first time in a generation.

Fans from all over the country gathered to see Detroit ace Justin Verlander start the game but eventually yield 5 runs in the first inning alone.

What with Verlander starting the game and Prince Fielder winning the Home Run Derby contest, the Detroit Tigers were fairly well represented at baseball’s Summer Classic. Chevrolet also had a strong presence outside of the Kansas City Convention Center, where the MLB All-Star Fan Fest was being held, where it entertained thousands of baseball fans.