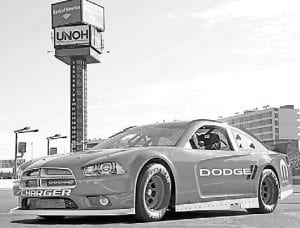 Fans asked for it. NASCAR agreed. SRT Motorsports and Dodge delivered. At Las Vegas Motor Speedway last week, in front of the people who asked for the change – the fans – SRT Motorsports unveiled the 2013 Dodge Charger that will compete in the NASCAR Sprint Cup Series next season.

Just as they did with the Dodge Challenger when it was introduced in the NASCAR Nationwide Series two years ago, SRT Motorsports designers and engineers created a racecar fans will have no problem identifying on the racetrack. The defining features of the street Charger have been incorporated into the racing version.

“From the start, it’s been a collaborative effort with NASCAR,” said Ralph Gilles, president and CEO – SRT Brand and Motorsports. “NASCAR provided the manufacturers with basic specifications, but offered encouragement to venture beyond the look of the current race car. 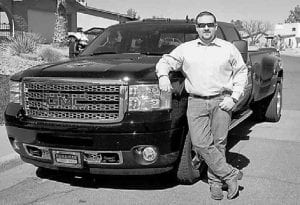 “Our design and engineering group, working with Penske Racing, seized the opportunity. We had a fantastic benchmark – the Dodge Challenger – introduced in 2009. This endeavor goes beyond the trend the Nationwide Series Challenger started with a Dodge Charger that amazingly embodies many of the design features of the street version into the racecar. We’re extremely proud that the Dodge Charger street car is the only rear-wheeldrive model in Sprint Cup competition that is available with a V8 engine.”

NASCAR eased rules on where manufacturers could put glass and solid body pieces. That freed designers and engineers to make the “greenhouse,” the area above the doors, hood and trunk lid, more closely resemble production cars. Rules were also eased for the front and rear, and especially the sides, allowing the character lines that come directly from the street car.

“We know NASCAR fans are passionate about cars,” said NASCAR President Mike Helton from Las Vegas. “We’re ex- cited about the results of the collective efforts of NASCAR, Dodge and the other manufacturers to create the 2013 Sprint Cup cars.”

The GMC Sierra HD pickup truck is carrying the mail, so to speak, when it comes to sales in the heavy-duty truck category. With a strong February performance, GMC Sierra HD full-size pickup total sales hit 20 consecutive months of sales increases. Owner John Jay Johns Jr. says the truck’s capability is one reason he recently purchased his second Sierra HD. “I live at 7,000 feet above sea level, work at 2,500 feet, and trailer horses and cattle to my ranch up at 9,000 feet,” said Johns, who purchased his second HD, a 3500 Denali at James Wood GMC in Decatur, Texas.

In addition to driving up to 7,000 miles a month as salesman at a family-owned food processing plant, he owns a horse ranch high in the mountains and volunteers with a local disaster relief group in Ruidoso, N.M.

“My new GMC already proved itself on these inclines when I stopped to help a disabled semi on an incline while towing 17,000 pounds of equipment,” he said. “Even with that load, the truck got moving again, and later, the exhaust brake and trailer brake control helped me avoid an accident when I needed to stop in just 1/8th of a mile coming down a hill.”

The Sierra HD was redesigned for the 2011 model year and boasts a best-in- class maximum towing capacity of 23,000 pounds and an optional Duramax diesel engine generating 397 horsepower and 765 lb-ft of torque.

With his varied pursuits, Johns needs that kind of strength. With his previous GMC Sierra 2500, he delivered supplies to teams battling wildfires and helped trailer dozens of horses out of a fire’s path. His 2007 Sierra HD had 135,000 odometer miles at trade-in. Johns is hoping for 200,000 miles in his new truck. “So far, I’m averaging about 19.5 miles per gallon, and I really love my Bluetooth, which lets me keep my eyes on the road while making phone calls.”

In February, total sales of the GMC Sierra HD, including 3/4-ton and 1-ton models, were up 19.9 percent year-over- year. Commercial truck sales, to construction firms and utilities, were up 49.0 percent.

The 2012 Buick LaCrosse with eAssist continues to lure customers looking for a spacious fullsize luxury sedan that gets the fuel economy of many compacts. In February, an all-time high onein four LaCrosse buyers chose the eAssist model. In California, the take-rate for the 36-highway-mpg sedan reached 31 percent. “The eAssist technology is bringing in buyers from premium brands like BMW, Lexus and Audi,” said Greg Ander- son, sales manager at Casa de Cadillac Buick GMC in Sherman Oaks, Calif. “These new Buick customers are interested in technology and fully loaded models. One came off the truck on Sunday that we had already sold on Thursday. The eAssist story is getting out, and buyers are interested.”

LaCrosse with eAssist uses a compact lithiumion battery pack and small electric motor to aid the performance of a fuel-efficient 2.4-liter gas engine, while advanced start/stop technology allows the vehicle to operate on just electricity while at rest. eAssist replaced a conventional 2.4L gas engine in the 2012 LaCrosse lineup, which averaged 11 percent of 2011 sales.

Fuel prices historically have helped drive sales of four-cylinder LaCrosse vehicles. When sales peaked for eAssist’s predecessor, the national average cost for a gallon of regular fuel was $3.90, according to the U.S. Energy Information Administration. Gas prices are again on the rise, up more than 50 cents a gallon since the beginning of 2012. Many predict U.S. fuel costs to reach an alltime high this summer.

“Consumers want fewer visits to the gas pump, but they don’t want to compromise either,” said Tony DiSalle, U.S. vice president of Buick and GMC Marketing. “Through intelligent technology, the LaCrosse with eAssist delivers great fuel economy without sacrificing a spacious cabin, strong acceleration, or signature Buick quietness.” Buick’s eAssist was listed among the “Best of What’s New” technologies for 2011 by the editors of Popular Science. Retail sales of the LaCrosse – eAssist and V6 models included – were up 24.9 percent in February, a month in which it was Buick’s top-selling nameplate.

The eAssist power train is standard on the 2012 LaCrosse with a suggested starting price of $31,045 including destination. Buick recently announced eAssist technology will be standard on the 2013 Regal luxury sport sedan. It is currently available on that vehicle as a stand-alone option. eAssist technology, as applied to the LaCrosses, uses a variety of technical tools to help give the car the exceptional gas mileage that it achieves. Those tools include regenerative braking and fullstop with engine off at street lights, which combines to help give the car exceptional fuel economy. There is hybrid motor assist to the gas engine, too.