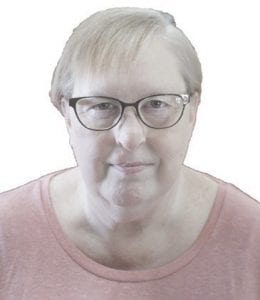 Labor Day has passed, marking the end of summer. Kids are back at school and may have already written the annual essay of “What I Did on My Summer Vacation.”

This year, my summer vacation consisted of continuing to work, interspersed with lots of time with kids and grandkids. As an adult with a career and five kids, I haven’t had many honest-to-goodness vacations but seeing “Once Upon a Time in Hollywood” (spoiler alert!) three times this summer brought back memories of the greatest vacation I ever had.

With Quentin Tarentino’s penchant for violence and blood, that may sound like a strange thing to say. But his reimagining of what would’ve happened that night during the Summer of Love in 1969 if the Manson Family had gone to the wrong house held sights and sounds of billboards, bus stop benches, commercial jingles and songs on the radio that filled my childhood.

The summer before the Summer of Love, 1968, I was 8 years old when my dad came home from work with his whole pay for the month of August and told my mom, “Start packing! We’re going to California!” Early the next morning, Dad threw one of the twin-size mattresses from our bunk beds into the back of the old green station wagon, and we were off for a monthlong adventure.

My brother was 11, and my sister was 5. We spent three days lying in the back of the station wagon reading our paperback Peanuts books, when Charles M. Schulz still drew Charlie Brown and the others looking like 2-year-olds. We had a trunk and a couple of coolers tied to the top of the wagon, and in those days, you could stop and spend the night in your car with nobody bothering you. In the morning, we ate cereal straight from the little single serving boxes you could pour milk into. We’d stop along the way for bologna sandwiches, chips and Pepsi for lunch. And the big treat – A & W burgers and root beer for supper.

My dad had a coffee can full of quarters he and Mom were going to use in the slot machines in a Reno, Nev., casino. He didn’t know they wouldn’t let kids in, and neither of them wanted to go in without the other, so we used the quarters to eat in a real restaurant. We thought nothing of my dad counting out stacks of quarters for the bill, but there were probably a few comments from the staff about the hicks from Iowa.

During a drive through Yosemite, we were sitting in a long line of cars when we saw a mother black bear and two cubs crossing the road a few cars behind us. My dad rolled down his window and leaned out to take a picture when we saw a woman behind us get out of her car and start walking toward the bears with her camera. The mother bear turned and headed toward her, and the woman went running back to her car.

We laughed and laughed, but when we all turned around, there was a grizzly bear standing right by our car outside my mom’s window! My dad managed to snap a picture of my mom with the grizzly bear’s head next to her’s, on the other side of the window. For some reason, the bear experiences didn’t keep us from later sleeping in the car in the Redwoods on our way to Oregon.

Of course, the crowning glory of the trip – two days in Disneyland! In 1968, Disneyland had only been open for 13 years, and there was no Disney World. The magical place wasn’t packed with people, and we didn’t have to wait in long lines. Paying a premium for Skip-the-Line tickets wasn’t necessary and wasn’t a thing anyway. I was momentarily disappointed that Sleeping Beauty’s Castle was closed for repairs, after seeing it many Sunday nights on TV at the beginning of “The Wonderful World of Disney.” But the Jungle Cruise, Matterhorn, Small World, Pirates of the Caribbean and our picture with Mickey Mouse more than made up for that.

My parents took loads of pictures on that trip, decades before cell phones and digital cameras. Dad had the film developed and made into slides that he painstakingly placed into several projector carousels in chronological order. Many times over the years, we dragged out the projector and old screen and relived that summer and retold all the old stories. So many more memories than I can even begin to write about here. Because no one has vacations like the ones they had when they were 8 years old.

Jalene Jameson is a staff writer for the View Newspapers. She can be reached at 810-452-2645 or jjameson@mihomepaper.com.