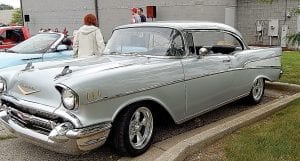 The parking lot of Duke’s Car and Stereo on Miller Road was filled to overflowing for part two of the seven-hour event.

FLINT TWP. — Despite cloudy skies and occasional sprinkles, classic car owners and fans came out Monday for the third annual Back to the Bricks Tune-up party – one of five hosted by local communities in advance of the main event next week in downtown Flint.

Eager early birds arrived more than an hour ahead of schedule for the first half of the show from 2-4:30 p.m. in the parking lot at Genesee Valley Center shopping mall.

At 5 p.m., the party moved down Miller Road to Duke’s Car and Stereo -filling its parking lot and flowing over into surrounding lots. Car lovers browsed and mingled to the tunes of Oldies but Goodies music and dined on ribs sold on site by Dave’s Barbecue.

Despite threatening rain, many stuck around to get one of 250 collectible T-shirts given away at each Tune-up event. 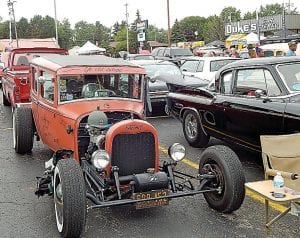 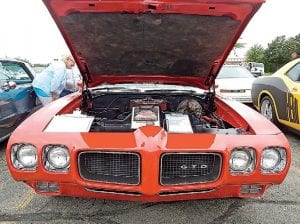 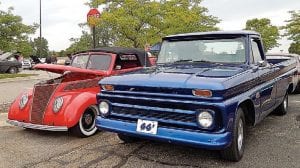