Back with some new vanity plates 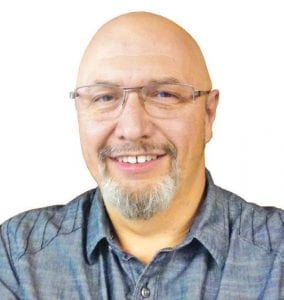 These past few months, dealing with my health issues, I have slacked off watching for vanity plates on area roads. It’s a frivolous undertaking and not everyone’s favorite read, but I have a lot of readers who seem to enjoy it.

So when I was about ready to put the plates on the back burner, a friend of mine, Kyle, came through with a slew of plates he’d seen on roads in southern Michigan.

“Ahhhh!” I thought to myself, rubbing my hands together, greedily. Fresh fodder for me to write about — thanks Kyle!

So here they are:

EETEEIO — Life on the farm has been good to Old MacDonald. He’s driving a Lexus these days, but still singing the same old tune.

UKEPLYR — Is that a reference to a ukulele? Whoever you are, rock out with that ukulele and maybe you’ll be the next Tiny Tim. For those younger readers, check Google for Tiny Tim – he was a legend – though a little odd even for the 1960s.

2FIDDY — How much is this plate worth? Oh, about $2.50. Not sure where the two fiddy comes from, other than an episode of South Park where they used the phrase “about three fiddy” when discussing the cost of something. Maybe this car belongs to two, 50 year olds.

EYESORE — The plate was the best part of the old truck this plate was seen on. It was an eyesore, but the owner appeared to be fine with the panels being mismatched with multiple shades of paint. Oh, and also the dents. My brother had a beat up truck like this once…he called it his Yuck. A junker, but still it got the job done.

MNTDEW — This guy, I’m guessing, loves the taste of Mt. Dew soft drink. So much so he bought a vanity plate to honor his favorite beverage. At one time I loved Mt. Dew as well, but I have it rarely these days. Not very healthy.

STYGOLD — A reference, perhaps, to the line: “Stay golden, Ponyboy” from the book and movie The Outsiders?

M3RICA — According to the dictionary, ‘Merica means America and is used especially to emphasize qualities regarded as stereotypically American, such as materialism or fervent patriotism. I think the word means something different — when I hear it I think of flag waving patriots who love their country and want to see it rise back to the top.

BRDNERD — Board nerd? Brand nerd? I get the nerd part, but the BRD throws me off. Anyone who proclaims themselves a nerd are OK by me.

OB1 WAN — “Help me Obi Wan Kenobi, you’re my only hope!” Good classic Star Wars reference. Maybe he thinks Obi Wan is his co-pilot. As long as the old Jedi doesn’t tell this driver to turn off his instrument panel and let the Force be his guide.

APLPIE —This immediately made me hungry for my mother’s homemade apple pie. I miss my mom terribly (she passed away in 2005) and I also miss her great cooking. Her apple pie was made from scratch. No store bought crusts, the apples were often right from the orchard and she did not cut any corners when making it. Great cook, even greater mom. ggould@mihomepaper.com