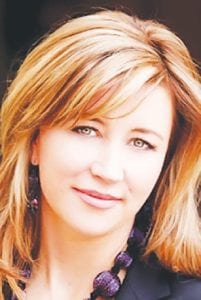 FLINT —Christine Bartel has been appointed president and CEO of McLaren Homecare Group, a subsidiary of McLaren Health Care.

She officially begans this position Feb. 16, and will be based at McLaren Homecare Group’s headquarters in Davison.

“Christine Bartel is a tremendous addition to the McLaren team, and we are excited about the health care experience and knowledge she will bring to her new position, especially with regard to home care services operations,” said Bart Buxton, president and CEO of McLaren Lapeer Region who oversees McLaren Homecare Group. “The Affordable Care Act is changing the health care landscape, and Christine understands how to navigate these transitions to the benefit of our patients and our organization.”

Bartel has approximately 19 years of health care experience and has held impressive administration and executive leadership positions in which she was responsible for clinical compliance, care coordination, and operational efficiencies, including financial integrity and growth strategies. A Colorado native, she will work to develop and implement new processes as needed at McLaren Homecare Group, with the objective of further integrating home care services across the entire McLaren system.

“I was attracted to McLaren Health Care because they have the necessary resources and capabilities to provide high-quality evidence-based health care while sustaining economic viability,” explained Bartel. “A new health care delivery system is upon us, and staying relevant in health care today means changing with the times. McLaren’s leadership understands this well.”

In 2002, Bartel started a home care services company in Greenwood Village, Colorado, called Hope at Home Inc. She served as CEO, supervising a staff of approximately 350 caregivers, establishing two branch locations in Colorado Springs and Fort Collins, and ultimately growing company revenues to $8 million. In 2008, Bartel sold the company to a private equity firm. Since, she has worked as a consultant, helping financially struggling health care entities increase profitability.

“I’m looking forward to assessing the needs of McLaren Homecare Group and further enhancing integration across the many McLaren subsidiaries,” said Bartel. “Home care services include expansive capabilities, and it’s important that these services are integrated in a way that’s beneficial for patients, physicians and caregivers. Better integration means better quality and value.”

Bartel, 49, earned a bachelor’s degree in economics with a premedical emphasis from the University of Colorado Boulder. Currently, she is pursuing an MBA in health care administration from George Washington University in Washington, D.C.

She succeeds Steve Serra, who also served as president and CEO of McLaren Homecare Group. Serra left McLaren to pursue other opportunities.

McLaren Homecare Group’s headquarters are located in Genesee County; however, it also maintains regional offices in Macomb, Ingham, Isabella and Bay counties, along with retail storefronts in 13 locations throughout southeast and mid-Michigan. — G.G.